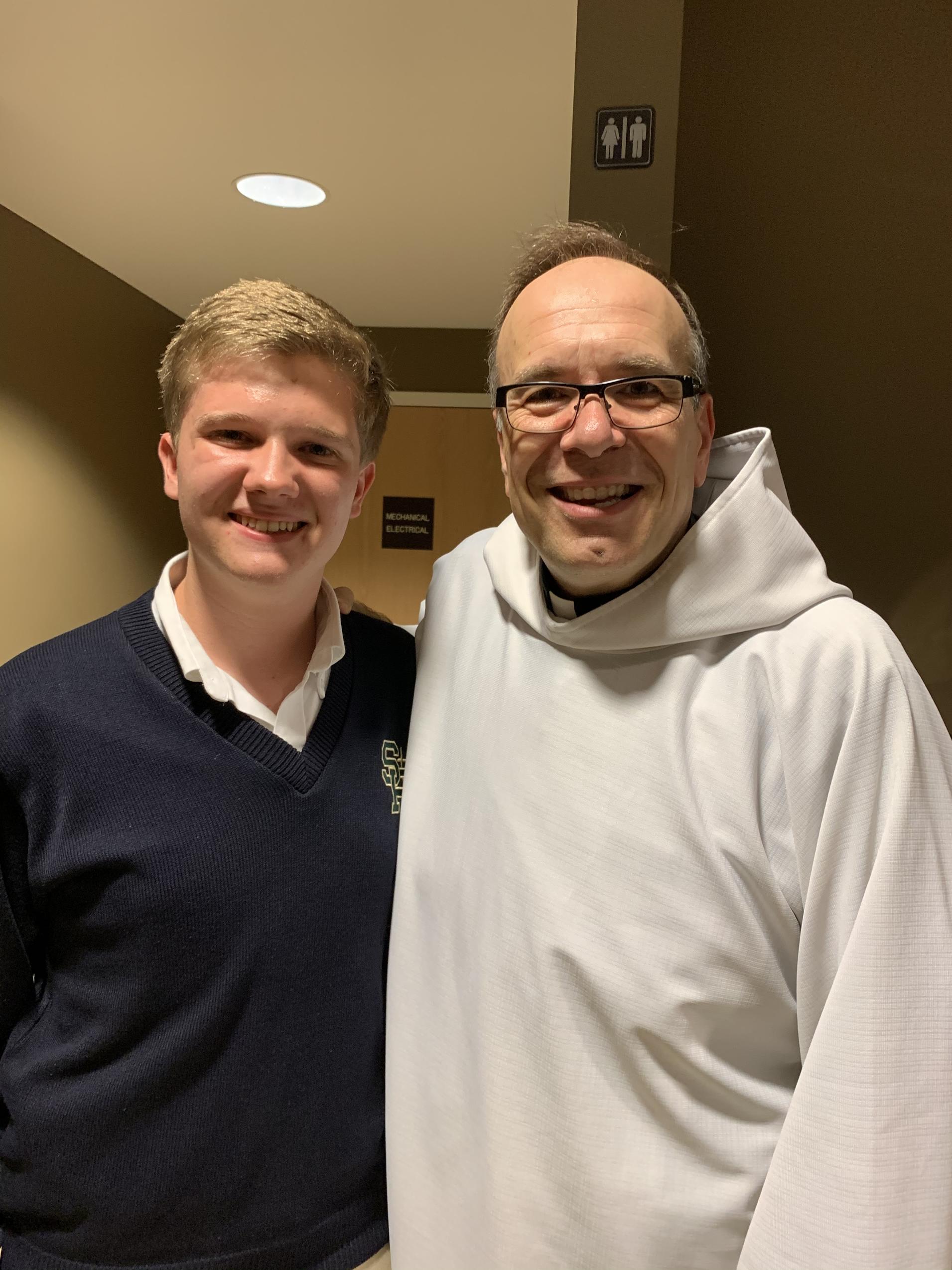 Father Jim Sichko is traveling the United States with a mandate from our Pope: Go forth and do good deeds. The past few nights, Father Sichko has been speaking on the Mississippi Gulf Coast at St. Michael and St. Patrick senior, Todd Fayard has been playing organ during his presentation.

Creel added, “I have not encountered such a dynamic priest, speaker, and storyteller in a long time.”

Another religion educator at St. Patrick, Darlene Previto, attended the presentation on back to back nights. “I can concur with Terry – Excellent. As an added plus, our Todd [Fayard] is playing!” 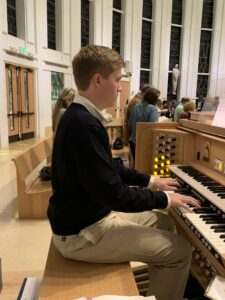 Father Sichko is a papal missionary of mercy, a group of 700 from around the world appointed directly by Pope Francis and assigned to travel the world spreading kindness, forgiveness, joy, and mercy to everyone they encounter.

On Twitter, Father Sichko was impressed with Fayard’s performance and his oversight of music at the church. 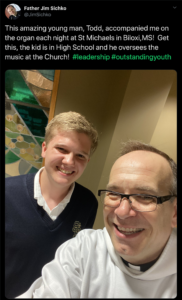