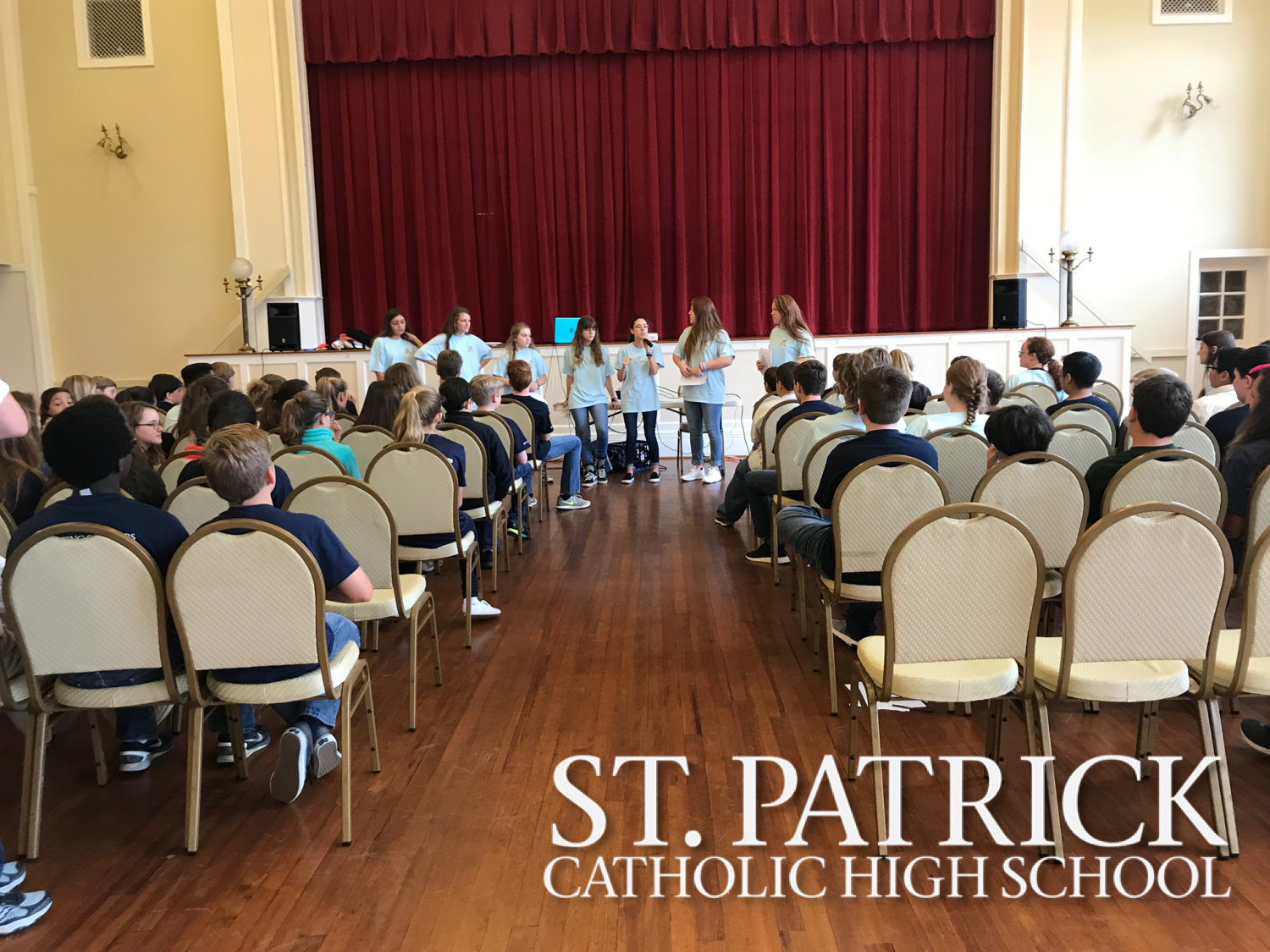 On Monday October 16th, the seventh graders had their class retreat.  The retreat was put on by the St. Patrick Campus Ministry Team, which is made up of a group of seniors.

The retreat focused on the theme, “Awaken”.  There were three different sessions, each circling around the theme of “Awaken”.  Each session had a difference purpose that all led to the focus of finding yourself as a member of the seventh-grade class despite coming from so many different backgrounds.

The first session was on identity.  Through activities and a video the seventh grade was better able to understand who God views us as, and that the way other people view us or the way we view ourselves does not matter.  Each small group was given a puzzle piece to decorate with things that describes them, when the puzzle was put together, the team turned it around to reveal words the God uses to describe us.

The third and final session was awakening.  It focused on getting the seventh graders to understand that with everything going on in the world around us we are easily distracted so we must try and push that all away and focus on God’s voice alone.  During an activity two students tried to guide another two blindfolded students through a race with obstacles, while everyone else was yelling trying to distract them, they then tried again while no one was yelling.  The game helped the seventh graders better understand that we only need to focus on one voice, God’s voice.

The retreat concluded with an hour of adoration, where the seventh graders were offered the chance to go to confession and a chance to pray with two team members in the back of the church.