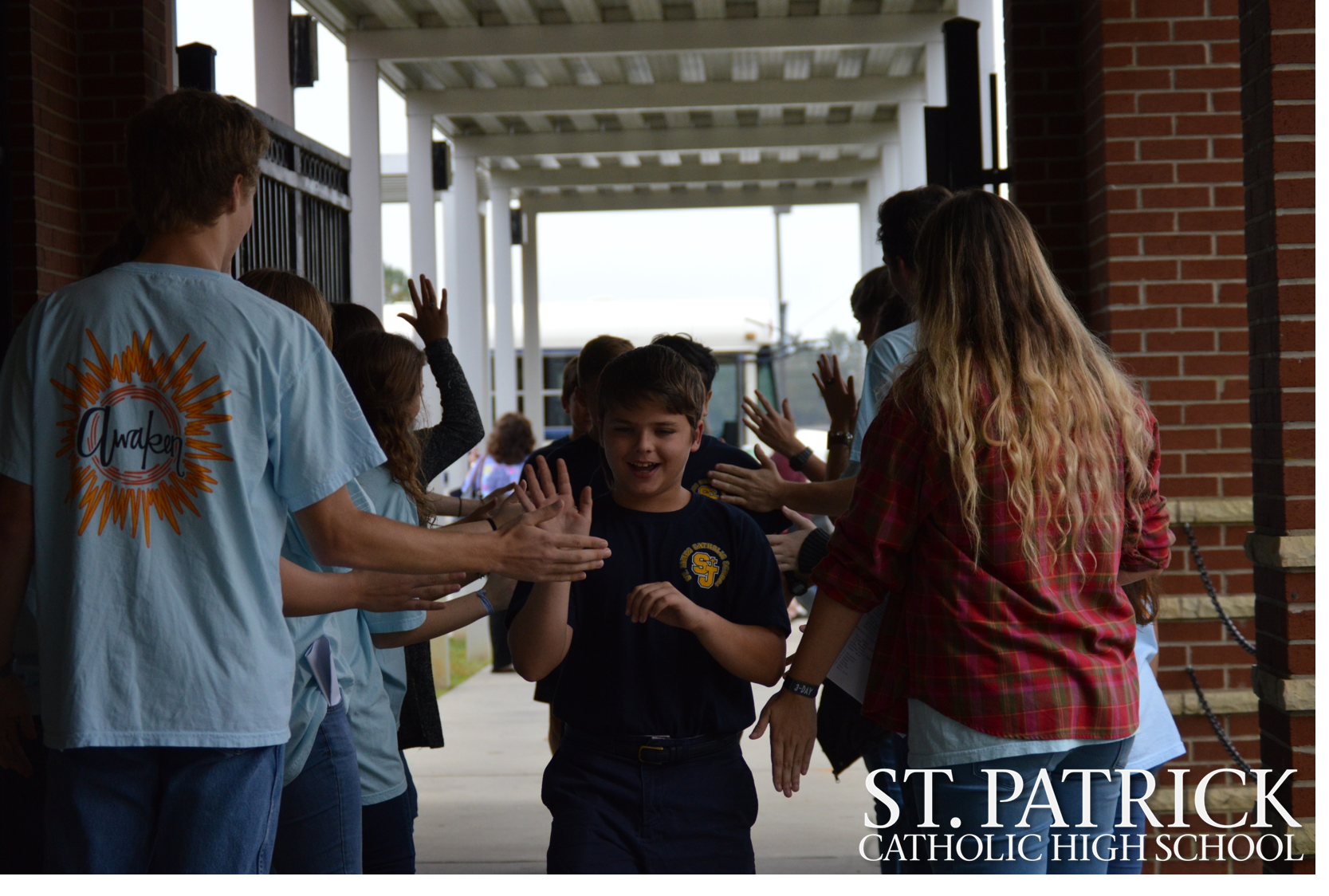 Tuesday, November 7, 2017, was Sixth Grade Day at St. Patrick.  Sixth Grade Day is a day dedicated for the Campus Ministry Team to share all that St. Patrick has to offer.  Activities and information about the school were communicated to the sixth graders through displays, speeches, skits, and school tours.

The sixth graders were introduced to the Campus Ministry Team members and Ms. Previto.  The students shared what elementary school they attended and what they like most about St. Patrick.  The students then were introduced to the Five Finger Prayer, which was led by Hannah, Austin, Anna B, Julia, Lily, Aaron, Jacob, and Ryan.  This was a way to help the students when they have trouble thinking of something to say when they start to pray and to show the students how special prayer is at St. Patrick.

Raven, Anna D, and Natallie taught the sixth graders a couple songs with corresponding hand motions, which tied in with a speech about the choir and the band program at our school.  The sixth graders played many games throughout the day which highlighted what St. Patrick has to offer.  The first game was called Poster Preference.  After the game, Chloe gave a talk on how God is the center of our lives at St. Patrick.  A skit called Making Pasta was performed for the sixth graders before a talk that tied in with the drama program.  Art projects were displayed in the gym to showcase the St. Patrick art program.

The seventh grade class officers gave a short talk about their first year at St. Patrick and what they participate in as officers of their class as well as what is offered for the incoming seventh graders.  The Robotics Team showed the sixth graders one of their robots and discussed what the St. Patrick Robotics Team does.  The Campus Ministry Team also led the students in a sports-themed Ships and Sailors game.  This game was a way to start the discussion about all the sports offered at St. Patrick.  A game of Freeze Dance was played before the students were told about the cheer and dance teams at St. Patrick.  Lastly, tours were given to all the students, showing them the whole campus and how much fun they will have the following year!