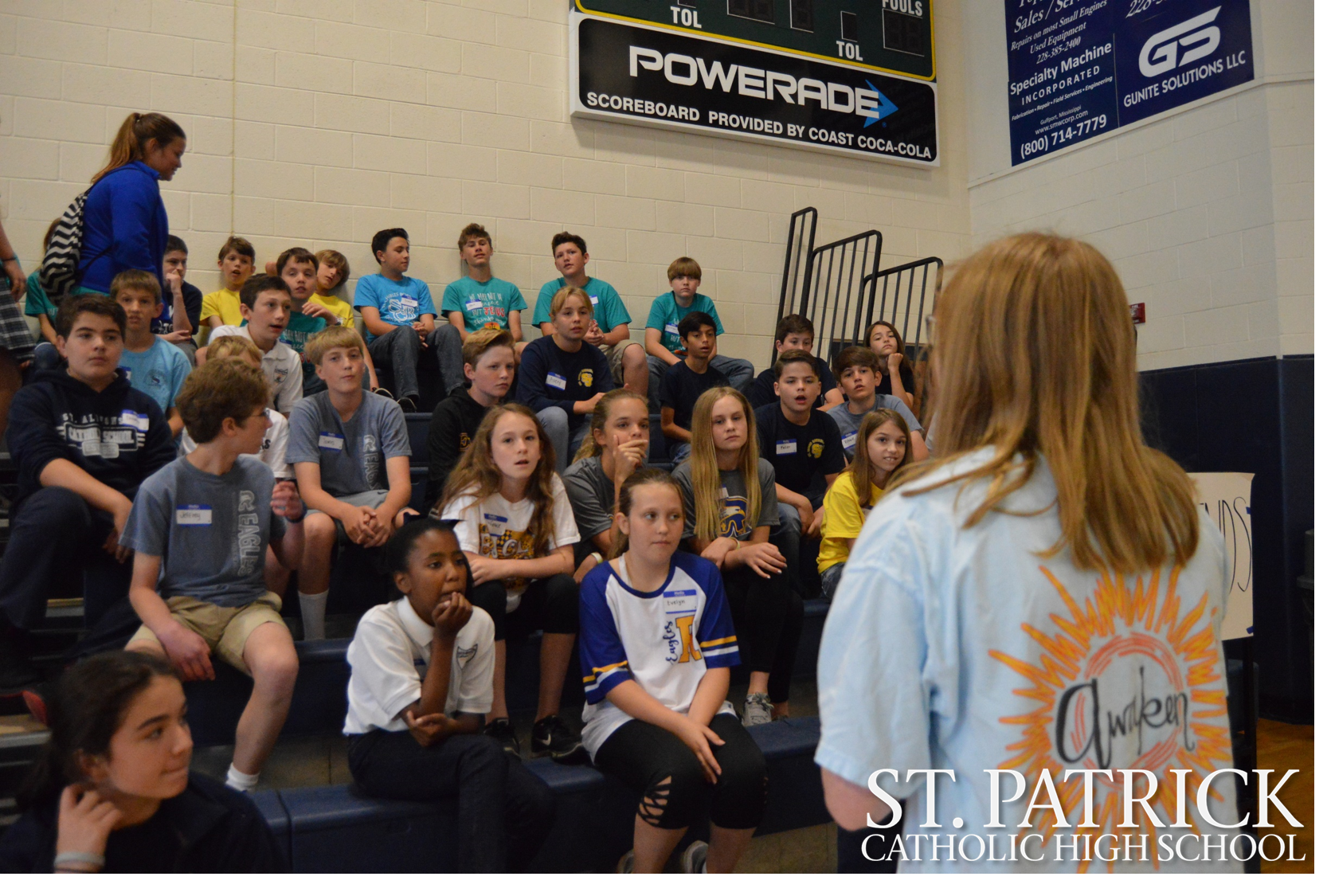 The team played games with them but also gave them advice about the big change they will experience in the next couple months.  The day consisted of the students joining the St. Patrick family for mass and lunch. After lunch, the Campus Ministry Team had 5 sessions that were based on the biggest changes going from elementary school to middle school.  The sessions were friends, extracurricular activities, grades and sports.  Anna Broadus, a member of the Campus Ministry Team stated, “Leading the sixth grade retreat was very special to me because it allowed me to share my faith with the sixth graders as they make the transition into middle school/high school.”

The day was filled with fun, faith and activities that showed the sixth graders how their lives will change in the next couple months.  It also showed them how their faith will expand throughout middle school and high school!