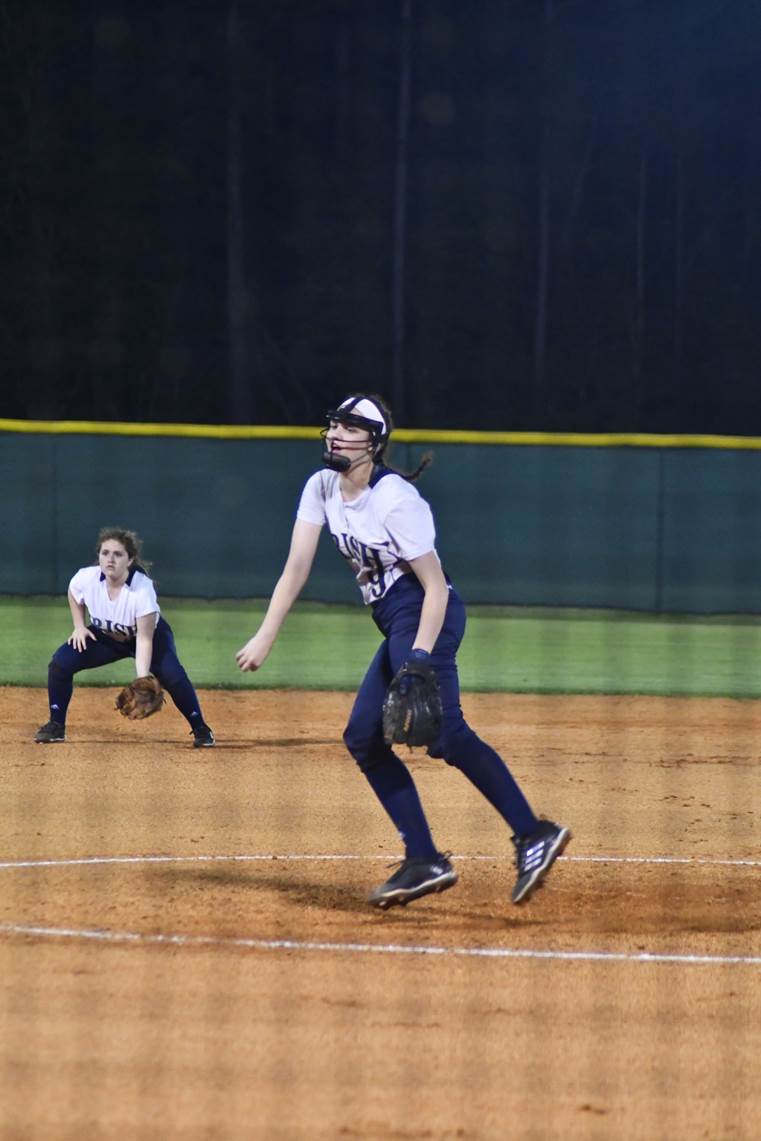 Wednesday, your Lady Irish softball Junior Varsity and Varsity teams took on St. Martin at home for their third game of the season.  The Junior Varsity took the field first and battled it out against St. Martin for an intense five innings.  It was a high scoring game with a final score of 8-7 with the Lady Irish claiming the victory.  Next, the Varsity team stepped up.  To close up the first inning, the Irish were on top with a score of 1-0.  Raylen Blackwell was the cause of this run.  For the next couple innings, the score stayed the same.  In the fifth inning, however, St. Patrick scored three runs.  Chandler Wheeler hit a sacrifice fly leading in one run, an error was made on a routine ball hit by Anna Daquilla leading in another, and Kirsten Walters hit a double that knocked in the last.  Anna Daquilla pitched an incredible game, only allowing twelve hits over twelve innings.  The final score of the game was 6-2, the Lady Irish being the winners.  Go Irish!