Sophomores and Juniors take the ACT 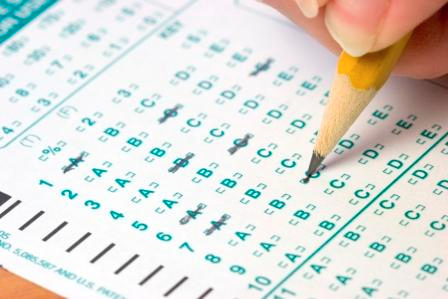 Sophomores and Juniors take the ACT

Why do students take the ACT?  The ACT is the American College Testing Program.  It was introduced in November 1959 by Professor Everett Franklin Lindquist at the University of Iowa.  It is a competitor to the Scholastic Aptitude Test (SAT).  The ACT tests cognitive reasoning and information actually learned in school.

The ACT originally was comprised of an English, Mathematics, Social Studies and Natural Sciences tests.  In 1989, the Social Studies test was changed to a Reading test and the Natural Sciences test was changed to a Science test.  In 2005, an optional Writing test was added.  The ACT has surpassed the SAT as the most used college admissions test.  In 2017, almost 2 million students in the United States took the ACT.

The sophomores and juniors that attend St. Patrick Catholic High School took the ACT on Tuesday, February 17, 2018.  The students were offered the test free of charge.  These students are some of the approximately 2.3 million students taking this test in 2018.  This was a great opportunity for the students to continue increasing their ACT score through continuous practice and support.