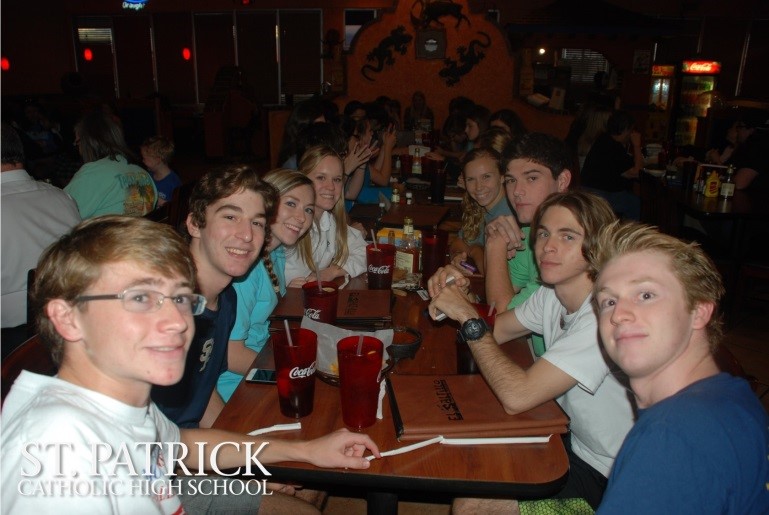 The St. Patrick Spanish Honor Society hosted their second meeting of the year at El Saltillo on Cedar Lake Road on the evening of Wednesday, October 21. The dinner was hosted by the society’s sponsor Mr. Mario Camps and President Hannah Wagner. At the meeting, Spanish culture was celebrated among members while students discussed the club’s plans for this school year.  Members were informed of the community service responsibilities of the society. Future events for the society were also discussed to give members opportunities to meet the service requirements. One of the society’s responsibilities includes tutoring other students in their Spanish class, which benefits the school immensely.

The St. Patrick Sociedad Honoraria Hispanica (Spanish Honor Society) at St. Patrick Catholic High School is an accredited chapter of the Sociedad Honoraria Hispanica sponsored by The American Association of Teachers of Spanish and Portuguese. The mission of this society is to “recognize high school achievement in Spanish and Portuguese and to promote interest in Hispanic and Luso-Brazilian studies.” Members qualified because of their maintenance of an honor average in the study of Spanish for at least three semesters.

At St. Patrick, the society has flourished and seen continual growth throughout the years. It remains one of the largest clubs at St. Patrick. Thanks to Mr. Camps the Sociedad Honoraria Hispanica will continue to grow and contribute to the school’s focus on international and linguistic studies.