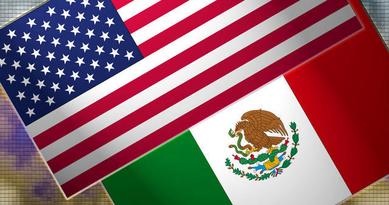 Coach Camps’ Spanish III class has been given the opportunity to communicate via Skype with students in Mexico. There are many ways we can master a new language.  One of the best is to communicate with people who speak that language as their native language.  This allows the students to pick up nuances in the pronunciation and meaning of words that would be difficult if not impossible by just studying the language from a textbook and other conventional ways.  We can better understand the language when we are educated also on the cultural part of the language and the aspects behind it.

Spanish III has been allowed to Skype with college students in Mexico City who are in an English class at the college that they attend.  They practice their English while St. Patrick students practice their Spanish and communicate back and forth.  Jacob Fennell, a junior who is in Coach Camps’ fourth period class states, “It is such an enriching experience.  Through these Skype sessions, you start to realize that you and your classmates are not alone in trying to learn foreign languages and that cultural differences do not necessarily have to divide certain groups of people.”

Coach Camps is providing an educational and fun learning experience through these Skype calls with students from the University of Mexico.  Makayla Pfarrer stated, “I love talking to other students who are going through the same process at us.  It is really interesting to see how they process English words as opposed to how we process Spanish words.”  It is not only a great experience for St. Patrick students to better understand the Spanish language, but also for the Spanish students to better understand the English language.