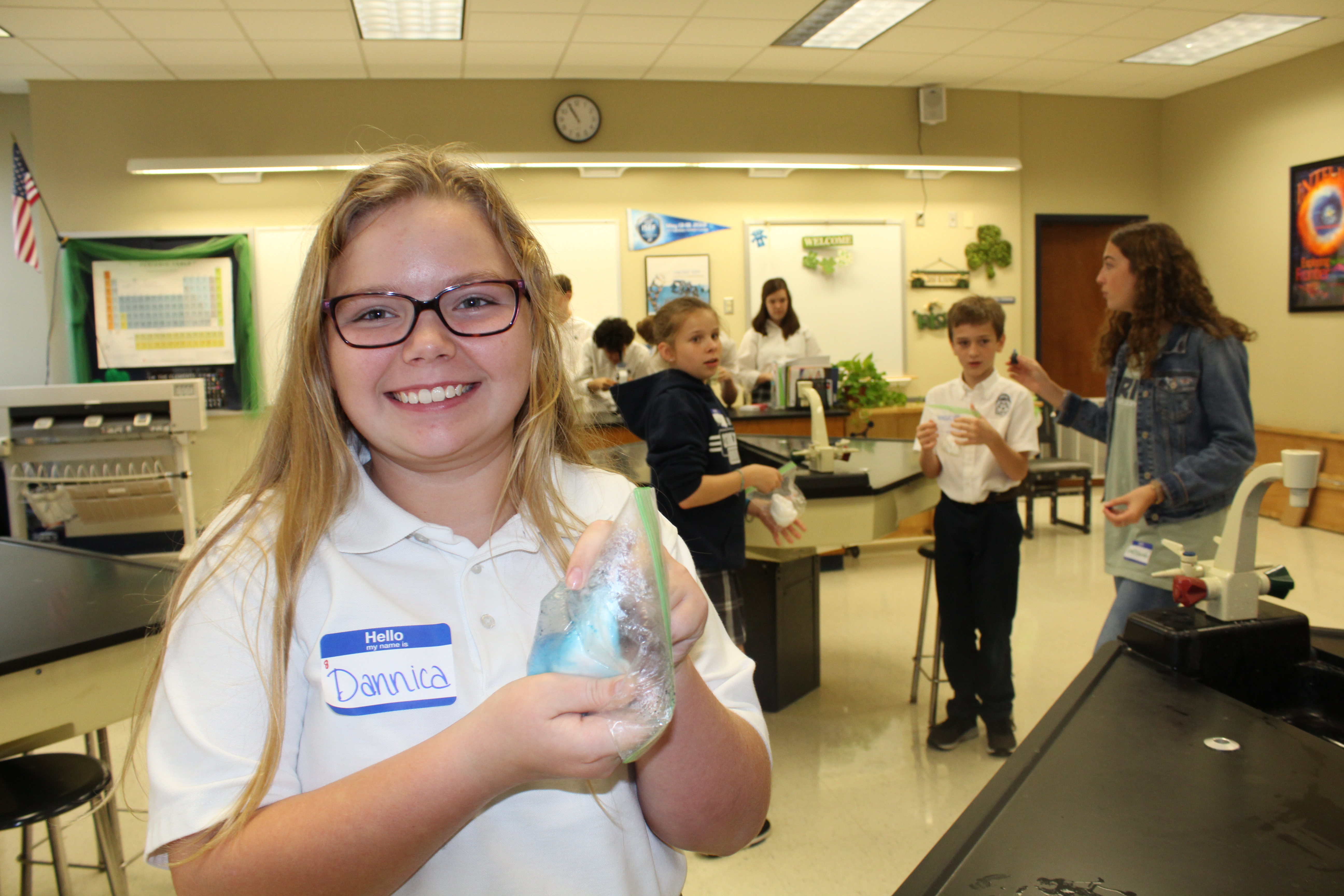 The sixth graders were greeted by the Campus Ministry Team as they arrived at St. Patrick. The ministers led a prayer for safety and a great day. Ms. Previto introduced herself as well as the team members. The sixth graders were sorted into groups with other students and group leaders. They then participated in a skit with Campus Ministry Team members.

The sixth graders enjoyed a scavenger hunt throughout the school with many activities such as a photo booth, making slime in the science lab, playing with instruments in the band hall, praying in the chapel, and visiting Mary’s Mound. This scavenger hunt showed the sixth graders around the school and highlighted some of the fun activities that St. Patrick students are involved in.

All of the sixth graders loved to be able to get to know older students and learn what St. Patrick Catholic High School is all about. The students were eager to ask their group leaders about sports, clubs, and other extracurricular activities that St. Patrick provides. They were also able to bond with their future classmates and the Campus Ministry Team. Many sixth graders are very excited to attend St. Patrick Catholic High School next year!