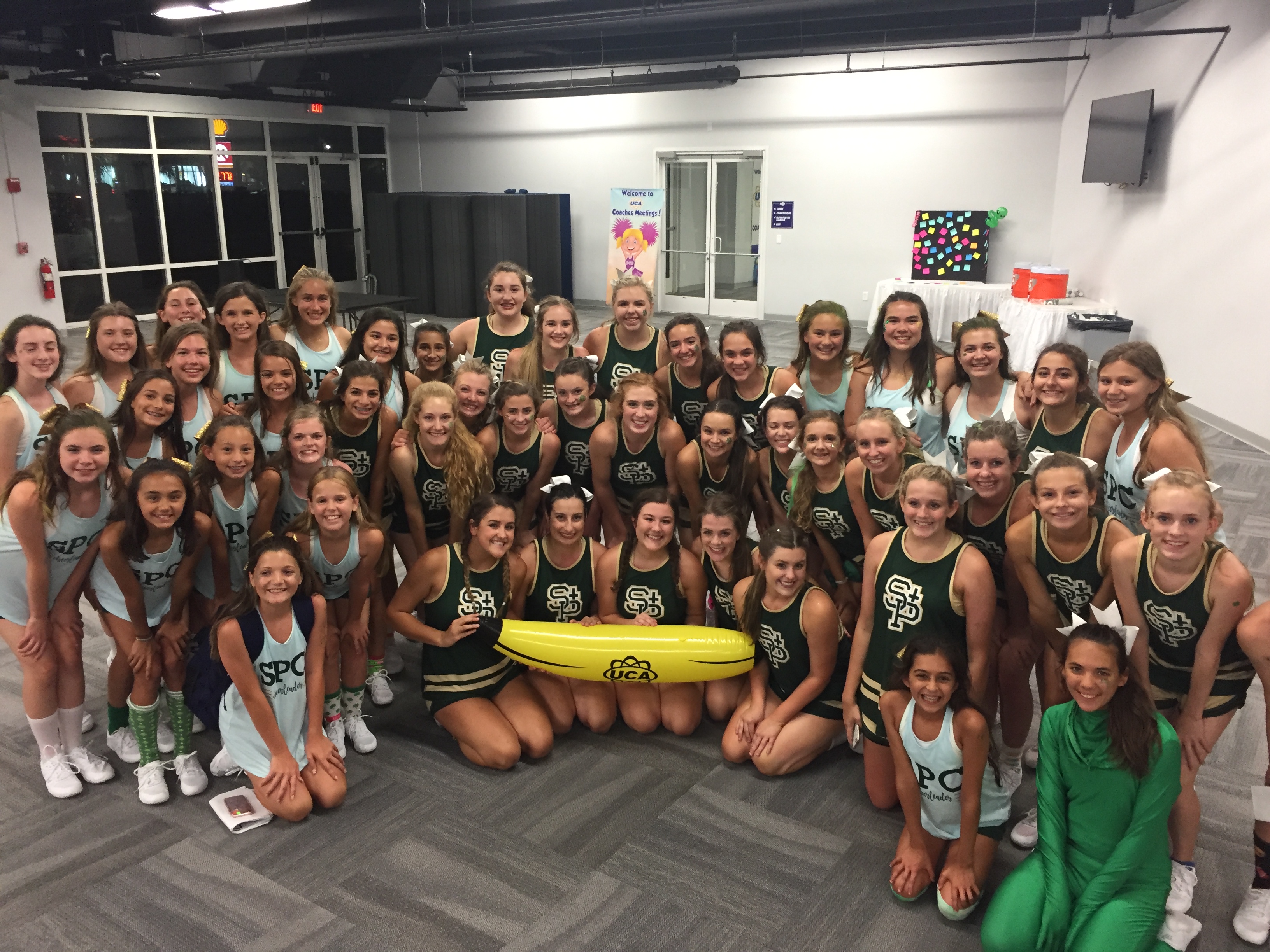 SPCHS Varsity Cheerleading Head Coach Jamie Hebert said, “I am so unbelievably proud of my squad and all their accomplishments. Both SPCHS cheer teams were able to gain many new skills during our time at UCA camp in Panama City Beach. We had three girls from the varsity squad and five girls from the junior high squad who have been named All-American Cheerleaders. This is a huge achievement and a it is great honor to have SPCHS represented within this category.”

She continues, “There were many team building opportunities as well. My favorite was when the team wrapped their wrist in yarn, as this helped them to see the unity of the team. The staff expressed that this allowed them to physically see that the squad was one team. After the activity was complete, each girl kept their cut piece of yarn and placed it on their shoe as a constant reminder. This was such an amazing team building experience, especially since we have so many new members this year. Our team also had the privilege of winning the banana on the first day. At UCA camp, the banana is a symbol of fun, excitement and spirit throughout the day at camp. Our team dressed in their best Irish Pride attire and walked throughout the camp proud of their school. On the third day, SPCHS was able to enjoy some down time at the luau party. Dressed in leis and hula shirts, SPCHS showed their team unity as they danced poolside. On the final day, all teams got up early in excitement for the final performance. As we prepped, the team continued to encourage each other as they came closer to competition time. With the long four day, three night camp complete, I look back at all the fun times with incredible pride. These girls gave so much effort and came together to take home several trophies. I cannot be more proud of the St. Patrick Cheerleading Team of 2018-2019.”

SPCHS Junior High Cheerleading Coach Kaitlyn Norton said, “I am incredibly proud of my junior high girls! All were first-time campers and had no idea what to expect, so I really want to thank them for trusting me and for putting in those long hours of work. The hard work paid off, and I’m glad the judges could see it and rewarded them for it. All week, I got to be a proud coach, witnessing each individual grow and learn new skills. But I’m most proud that I could see a noticeable change of the girls’ spirit — starting camp as individuals and leaving as a squad.”

Check out photos from the camp below!