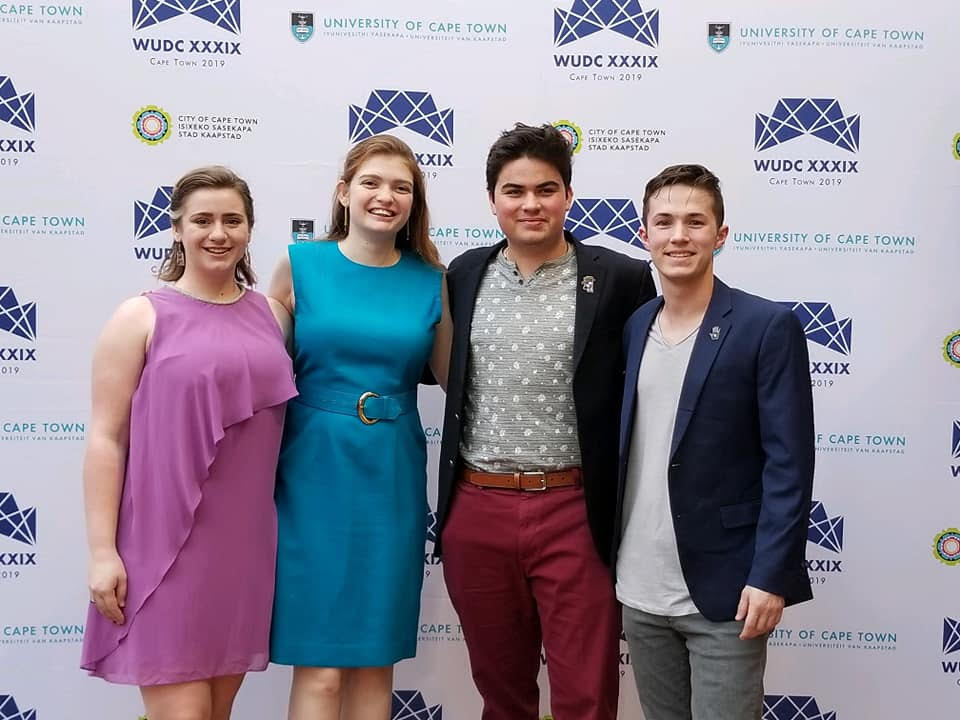 The competition was hosted at the University of Cape Town, where more than 50 countries, 180 institutions, and almost 300 teams were represented. The debate format is British Parliamentary, and there were nine rounds of competition. Each round included a different topic released 15 minutes before the round began. Teams of two only had 15 minutes to prepare one seven-minute speech for each speaker, not using the internet or outside help.

This year was the first year that a team from Mississippi has ever been represented. Members from The Sally McDonnell Barksdale Honors College​ at The University of Mississippi – Ole Miss​ qualified for WUDC because JR and his partner won a tournament in California against teams from UC Berkley, Northwestern, and many others last year!

JR said, “I noticed we [Ole Miss] had never been to a world championship, so last year I suggested to the debate coach we try our best to make it to South Africa. We spent all of last spring semester preparing for the competition and making sure we could get two teams qualified.”

When asked how St. Patrick helped prepare him for his future aspirations, he answered, “I am so grateful for my time at St. Patrick because not only did it prepare me for the academic rigor that accompanies a triple major, but also because it taught me how to seize extracurricular opportunities, such as this one, that arise. Mrs. Buckley with student council, Mr. E with mock trial, and Dr. Buckley with journalism always encouraged me to take initiative and attempt things that nobody else has tried before, while teachers like Mrs. Tavel taught me how to prioritize my time so that I can balance good grades and new life experiences, while keeping my faith at the center of it all. Debate in particular relies on quick, logical thinking, and even though I did not debate in high school like most of my opponents have, the combination of activities I was involved in allows me to compete at the highest level.”

Photos from the experience can be viewed below.