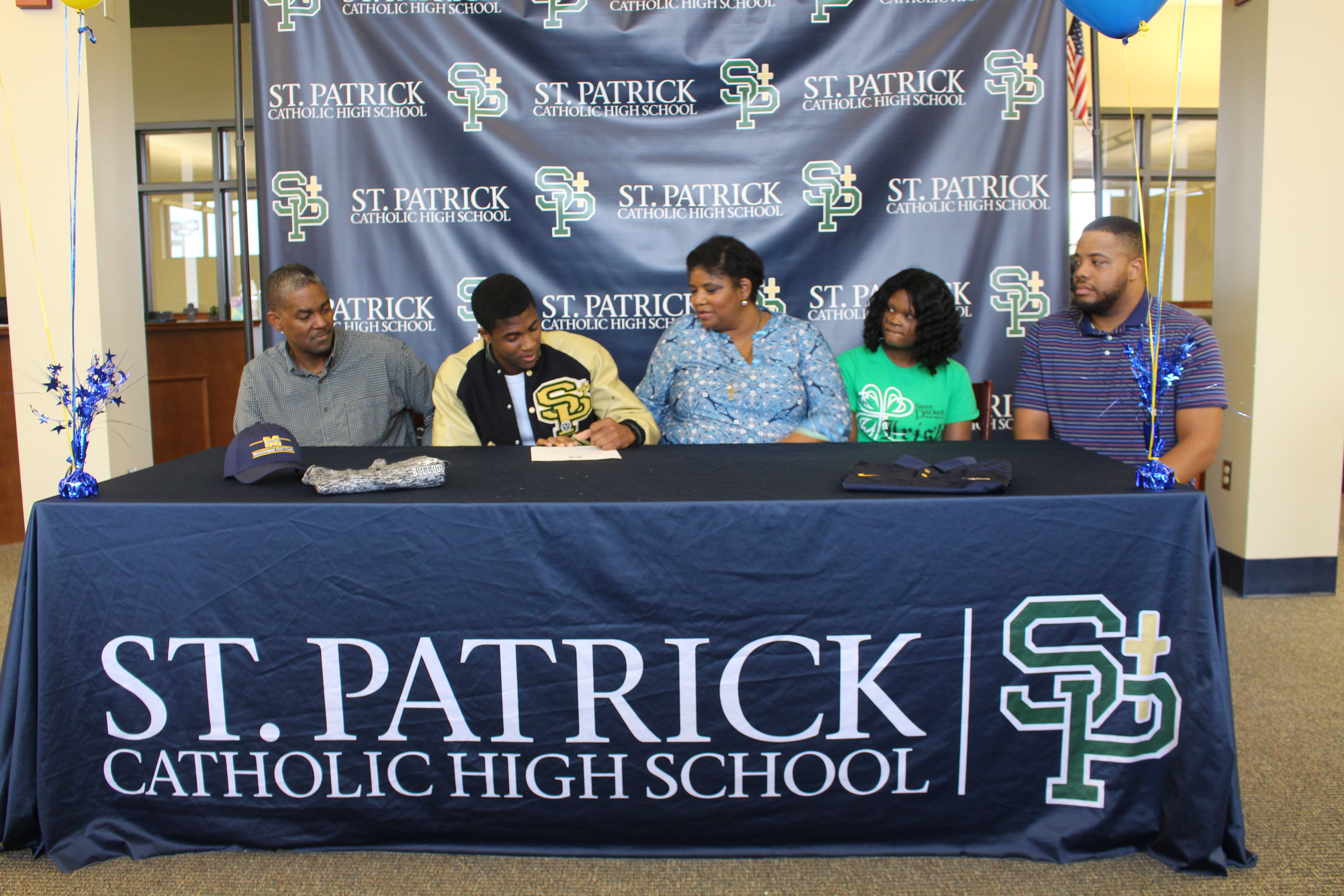 SPCHS Senior Chad Hudson signed his National Letter of Intent to join the Mississippi Gulf Coast Community College Soccer Team on Friday, March 8, 2019. In front of a large crowd of friends and family, Chad committed to becoming a Bulldog at the MGCCC Perkinston campus.

On what he enjoyed most about being part of the Fighting Irish Soccer Team since seventh grade, Chad said, “Definitely the friendships I’ve made and the fun I’ve had playing. Coach Camps always told me to enjoy playing and to not ever back down to anyone.”

When asked how he felt on this momentous day, Chad said, “Pretty amazing. It’s just something that a bunch of people try to achieve and never get to. I finally got to do this for my family and everybody that’s been rooting for me.”

Chad was a pivotal part of securing multiple state championships during his time at SPCHS.