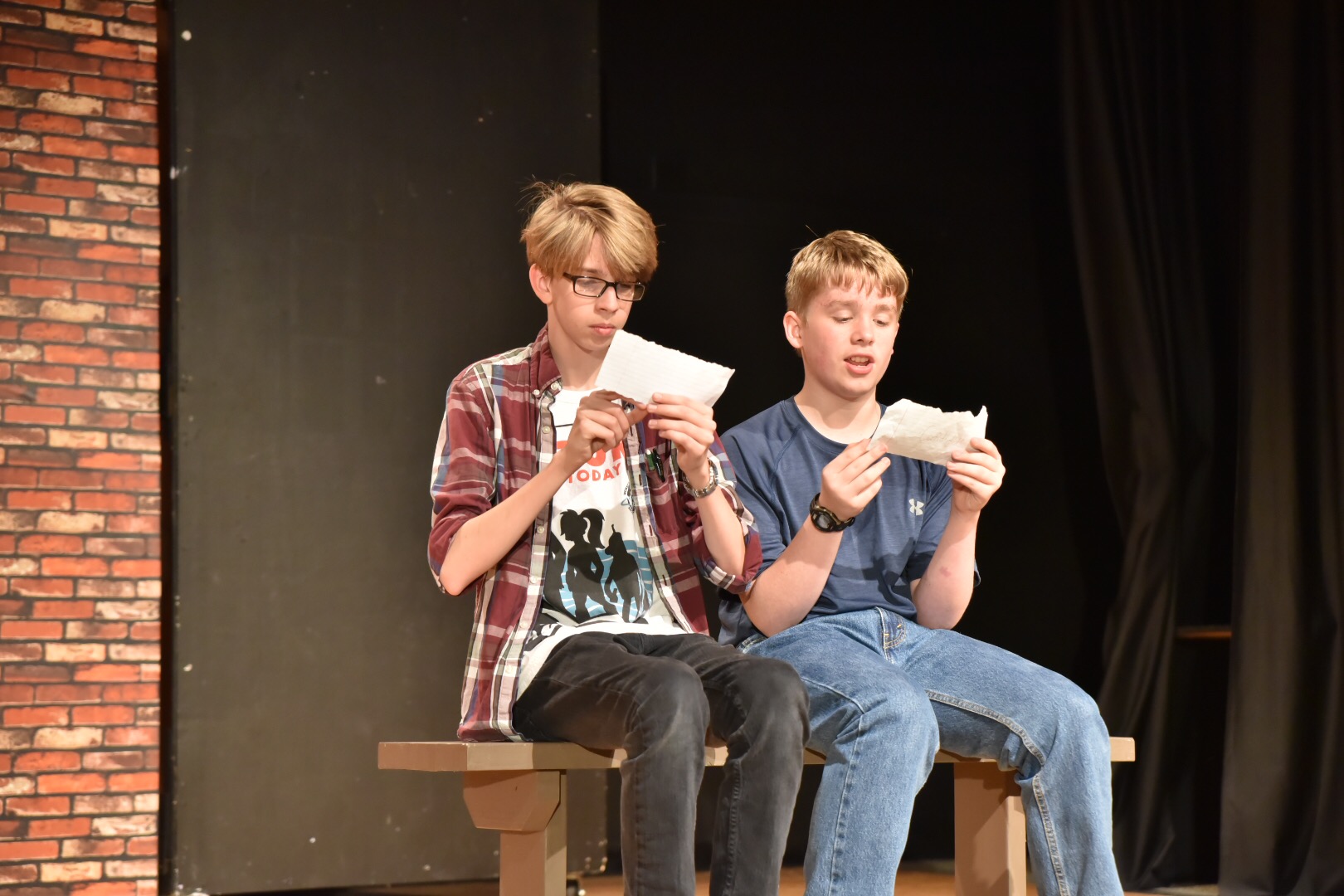 Last weekend, the St. Patrick Catholic High School Drama Guild preformed its fall production of Much Ado about Middle School. There were three different productions, with the first show on Friday, November 2 at 6:30 p.m. The other shows were on Saturday, November 3, at 6:30 p.m and Sunday, November 4, at 2 p.m.

Carolyne Tootle, a crew member of the production said, “The play was full of energy. It was very fun being part of the crew. We did a lot to prepare and make the play great for everyone there, and it came out absolutely amazing!”

“It continually amazes me how much talent we have here at St. Patrick. From a written page rise true-to-life characters. After weeks of memorization and blocking come a clear, vivid picture. The cast of Much Ado About Middle School did an amazing job on the show. The crew practiced and practiced so that set changes were perfect. The technical team coordinated the lights so well, that by the Sunday show everything was well synchronized. I could not have been prouder of all of them,” said SPCHS Drama Guild Sponsor Gail Trahan.

The play was a twist on Shakespeare’s A Midsummer Night’s Dream and Much Ado About Nothing. The main characters were Jason Henshaw, played by Thomas Owen, and Reilly, played by Sawyer Stone. The two characters have to come up with an idea to bring their teachers together with inspiration from A Midsummer Night’s Dream. They also seem to bring together their drama teacher and  basketball coach, which is very similar to Disney’s High School Musical. The principal, Mr. Hart, played by Chris Alley, is upset that no one in the school is getting along and therefore threatens the students by cancelling the Sixteenth Annual Sweetheart’s Extrava-Palooza. This is great motivation for Jason and Reilly to get the school to come together.

Macayla Wells, a crew member, said,”The fall production was so much fun to watch come to life. Being able to work backstage during production was really an eye opener. I was glad to see everyone worked so well together. I can’t wait until the Spring Musical!”

Photos of the production can be found here.