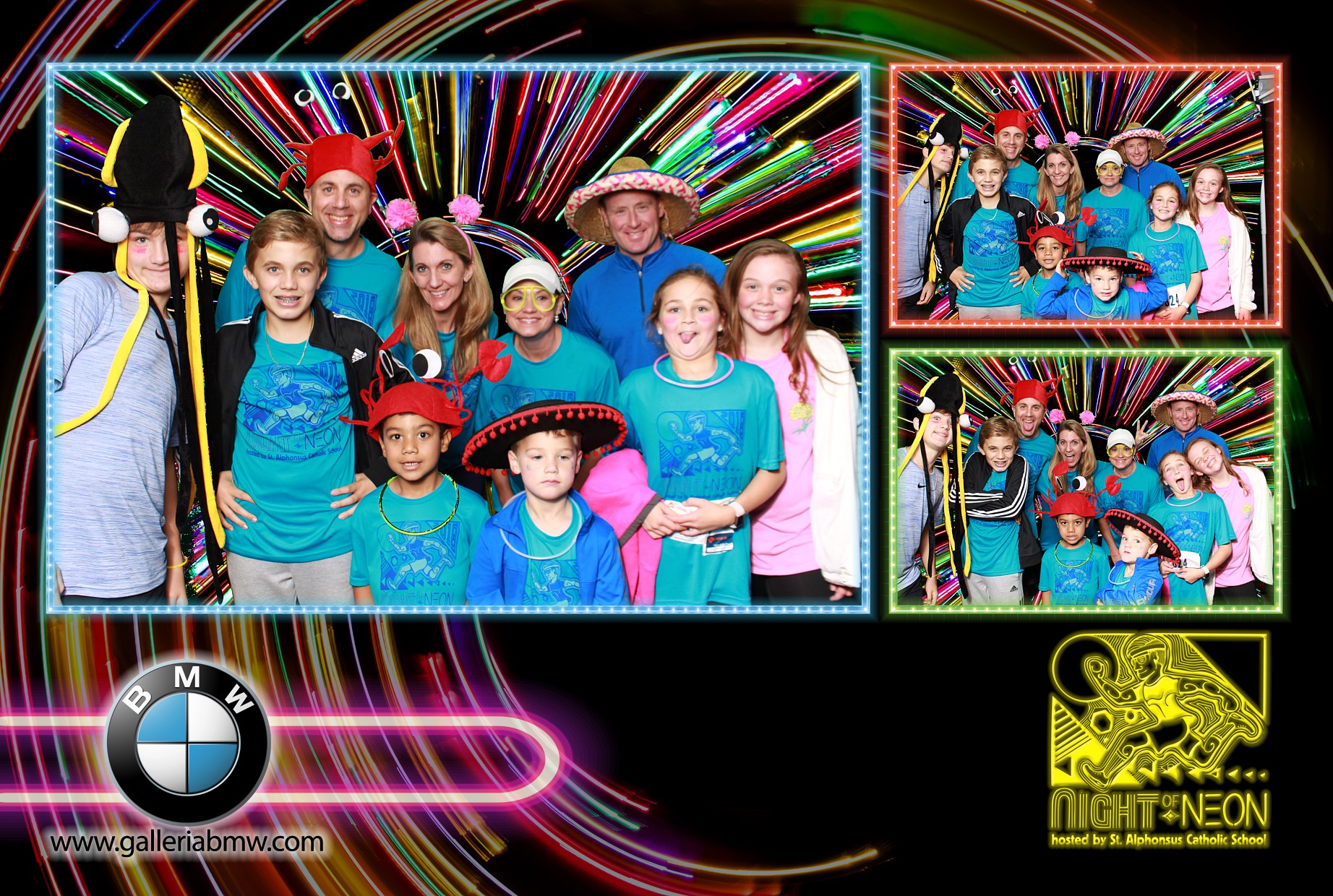 On a chilly evening under a beautiful coastal sunset, citizens of Ocean Springs and surrounding cities joined together to run either a 5k or a 1 Mile Fun Run. The Night of Neon took place at St. Alphonsus Catholic School on November 2 and had many volunteers including students and parents. While the run was the main event of the evening, it was not the only attraction available at the school. A stage was set up in the parking lot with music blaring all night. Children were on stage dancing and having a blast. The photo booth was busy all evening long, with family and friends creating tokens of their memories. Multiple bounce houses were blown up in the St. Alphonsus playground for kids to enjoy themselves. Drinks and food were available to everyone and there were also chances to win big prizes.

The whistle blew and the runners were off! Runners zoomed through the streets of downtown Ocean Springs, having an amazing view of the beautiful city while racing. Spectators standing along the sidewalk were cheering on the racers. The participants were welcomed to the finish line by a crowd filled with applause. After the races were over, everyone hurried to the cafeteria to get a plate full of yummy spaghetti served by numerous volunteers. Everyone also made sure to stay and get their share of dessert.