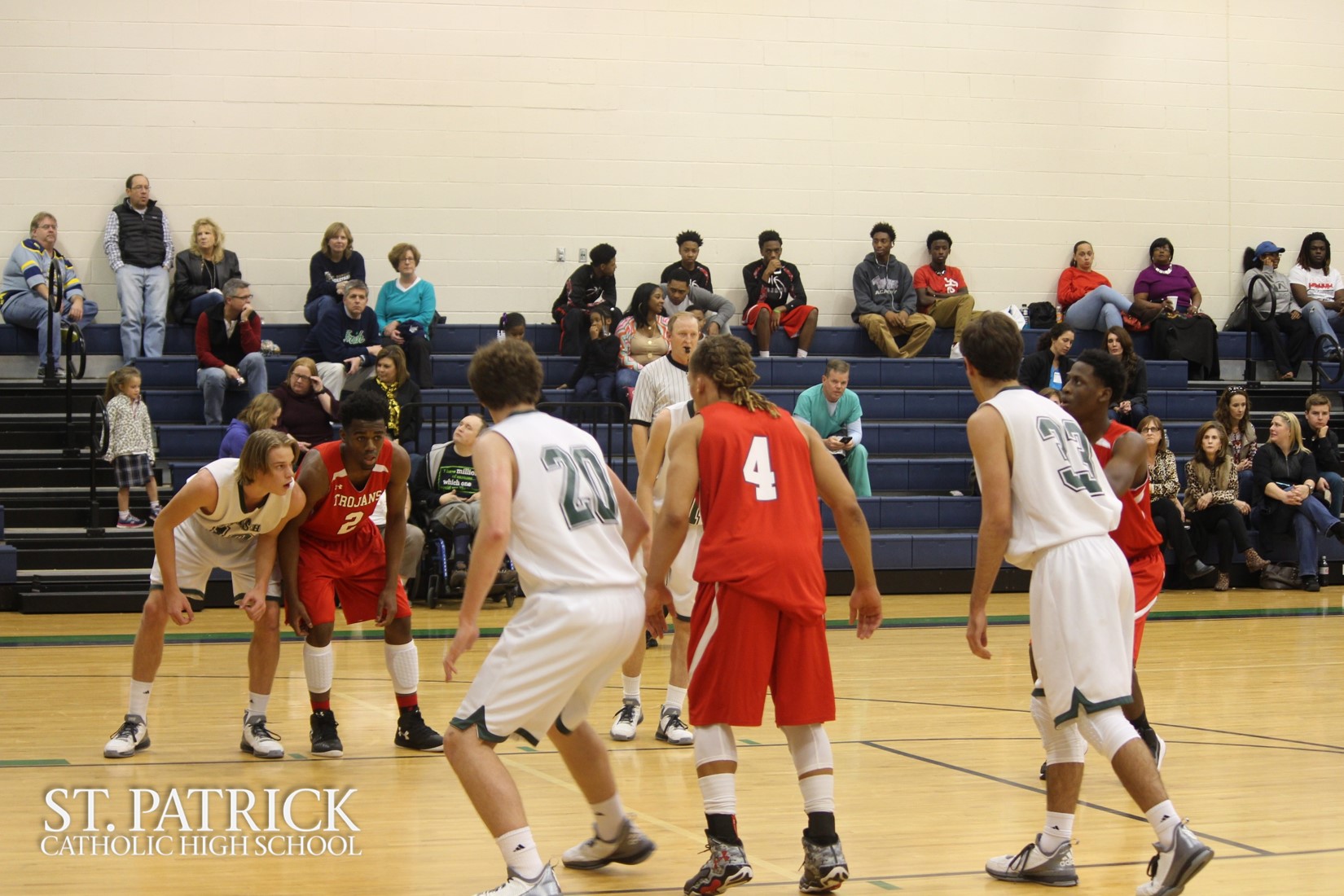 Friday night, the JV boys, varsity boys, and  varsity girls faced off against West Marion. The Trojans are in the same district as St. Patrick.  JV boys played the first matchup of the afternoon. The JV boys of St. Patrick fought hard and were able to hang in the game for a while but the Trojans eventually prevailed.

The varsity girls game followed.  The St. Patrick girls got off to a great early start against West Marion, going on a 12-0 run to start the game.  Junior Laurie Pisciotta hit a buzzer beater to make for an exhilarating end to the first quarter.  After this game, Pisciotta had this to say, “[Last night’s game] showed that we can still play well together and possibly make the district playoffs.” The Lady Irish never looked back after the great start and were ahead going into the fourth quarter 51-17. It wasn’t until the start of the fourth quarter that the Lady Irish finally took the foot off the gas and cruised to a 57-25 victory.  Baylee Hodge said, “We really came together and definitely worked hard for the win.” Junior Morgan McCrea led the team with seventeen points. McCrea is averaging 20 points a game this season.

The Fighting Irish boys varsity team played next against the West Marion Trojans in the final matchup of the evening. West Marion went up early and was leading the Irish going into the first quarter. Sophomore Tucker Santiago and Junior Jack Magandy led the) Irish to a 13-0 run in the second quarter to even things up. Unfortunately, by the end of the night, West Marion won the district game 73-53.