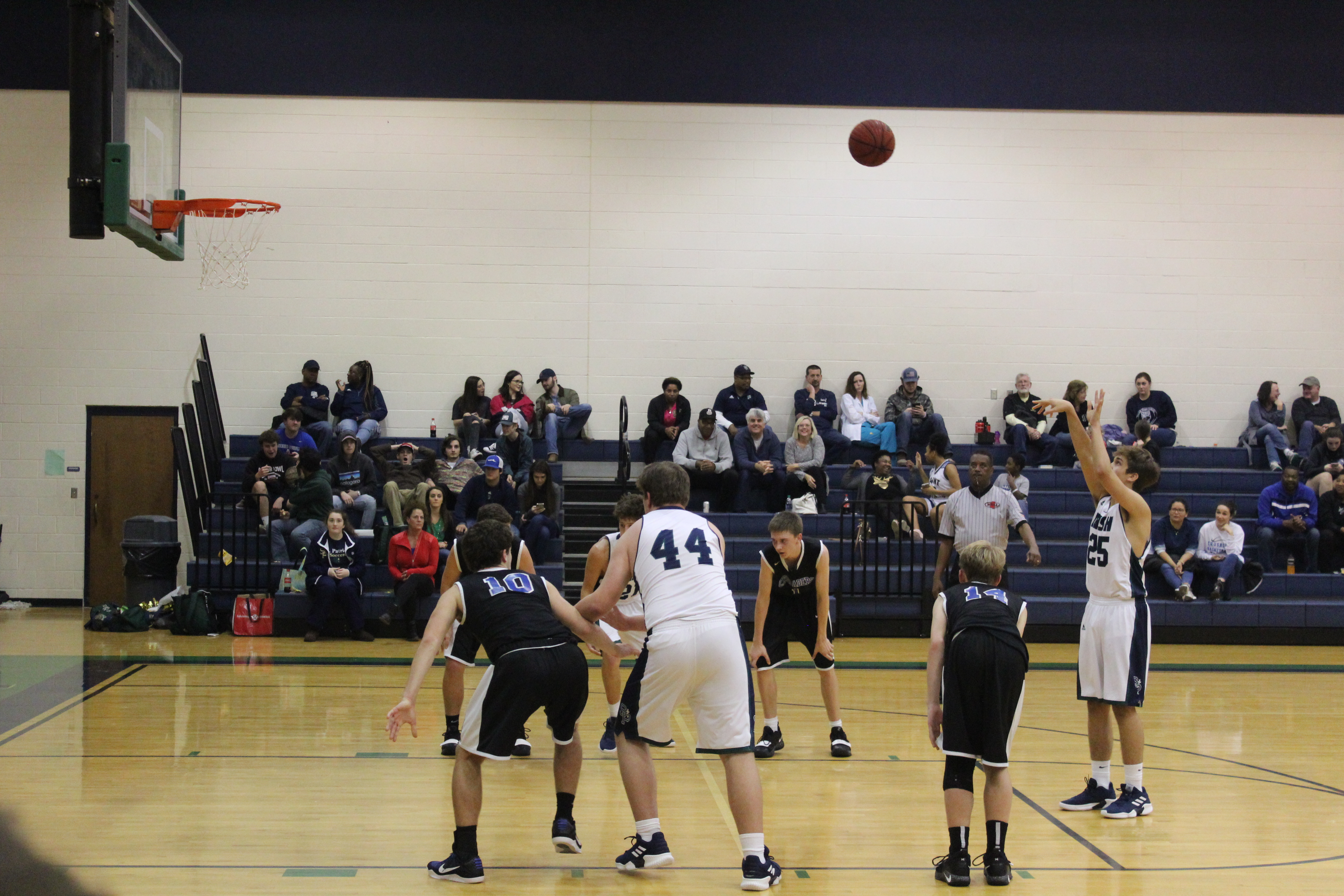 Last Friday, the St. Patrick basketball teams played against the Sacred Heart Crusaders in exciting games for both teams. The Lady Irish played hard against the Crusaders with Emilee Nolte scoring 12 points for the team. They were able to trail right behind Sacred Heart with a score of 14-19 at half time, but were unfortunately unable to catch the victory with a final score of 40-51.

Quinlan Pisciotta spoke on the game saying, “I think that we struggled playing as a team tonight, but I think we can recover and come back stronger than before.”

The men’s basketball game followed immediately after, and they were able to dominate against the Crusaders through the whole game. Highlighted players of the game include Horatio Parker, Drew Roth, and Nicholas Krass. The final score was 73-21, adding to the team’s 12-0 record for the season.

Nicholas Krass said, “We’ve really grown as a team since the beginning of the season, and if we keep it up, I think we have a good chance of winning a state title.”

Religion students answered the call for help when