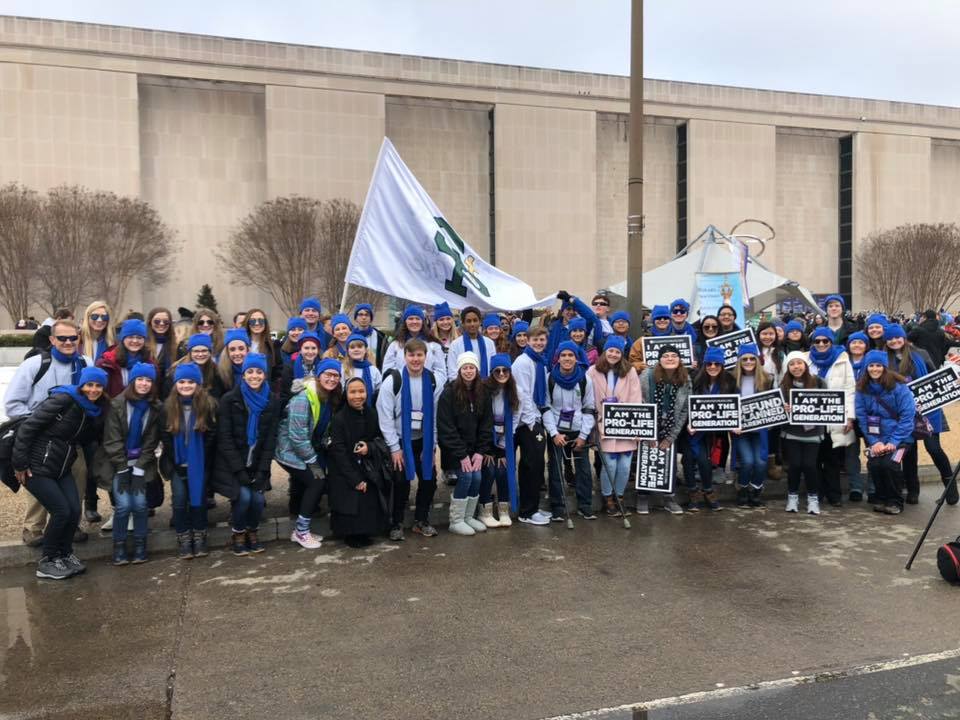 On Wednesday, January 16, students from St. Patrick Catholic High School set out on a course for Washington D.C. to make the yearly March for LIfe trip.

The Students for Life organization within the school comes together every year to discuss the terms of the March. The March for Life is a pro-life event in Washington, D.C., that gives the students a chance to take part in their government and to exercise peaceful protesting for something they feel strongly for.

As a Catholic school, St. Patrick expresses religious morals and truths to students via theology class periods, as well as through weekly Mass and spiritual retreats. Students are not only enriched in the Catholic culture, but also the doctrine of their faith. One strong topic students are taught about is the sin of abortion. As abortion is morally wrong in Christianity as a whole, all students, protestant and Catholic, are invited to partake in protesting against it.

Students participating in the March boarded a charter bus on the evening of January 16 and arrived in Washington, D.C., the following morning. During the bus ride, students were given an opportunity to get to know each other. Students were encouraged to speak over a microphone and introduce themselves and speak about their hopes for the trip. Students were also given time on the trip to journal their thoughts and expectations about the March.

Upon arrival in Washington, D.C., students attended the ‘Life is Very Good’ rally. There were many speakers that attended the rally, including Chris Stefanick, Steve Angrisano, and worship band ‘I Am They.’  At the rally, students were encouraged to enter a time of worship and were reminded that every life is valuable.

The morning of the March, students attended a very large mass that was arranged by the Diocese of Arlington. After the mass, students were transported to Washington to attend the March for Life.

Sarah D’Aquilla, Jose Wickline, and James Frazier were interviewed upon arrival to the March site.

“The babies need a voice and we’re the generation that’s going to change that,” Sarah D’Aquilla stated. As the president of the Students for Life Club at SPCHS, Sarah understands the impact of abortion and hopes that this is the last March she will have to attend.

During the March students listened to speakers, prayed the Rosary, and took part in a life-changing experience. Students were given a deeper understanding of abortion during the March, and many students plan to attend the March every year until abortion laws are changed.

Photos of the trip can be viewed here.