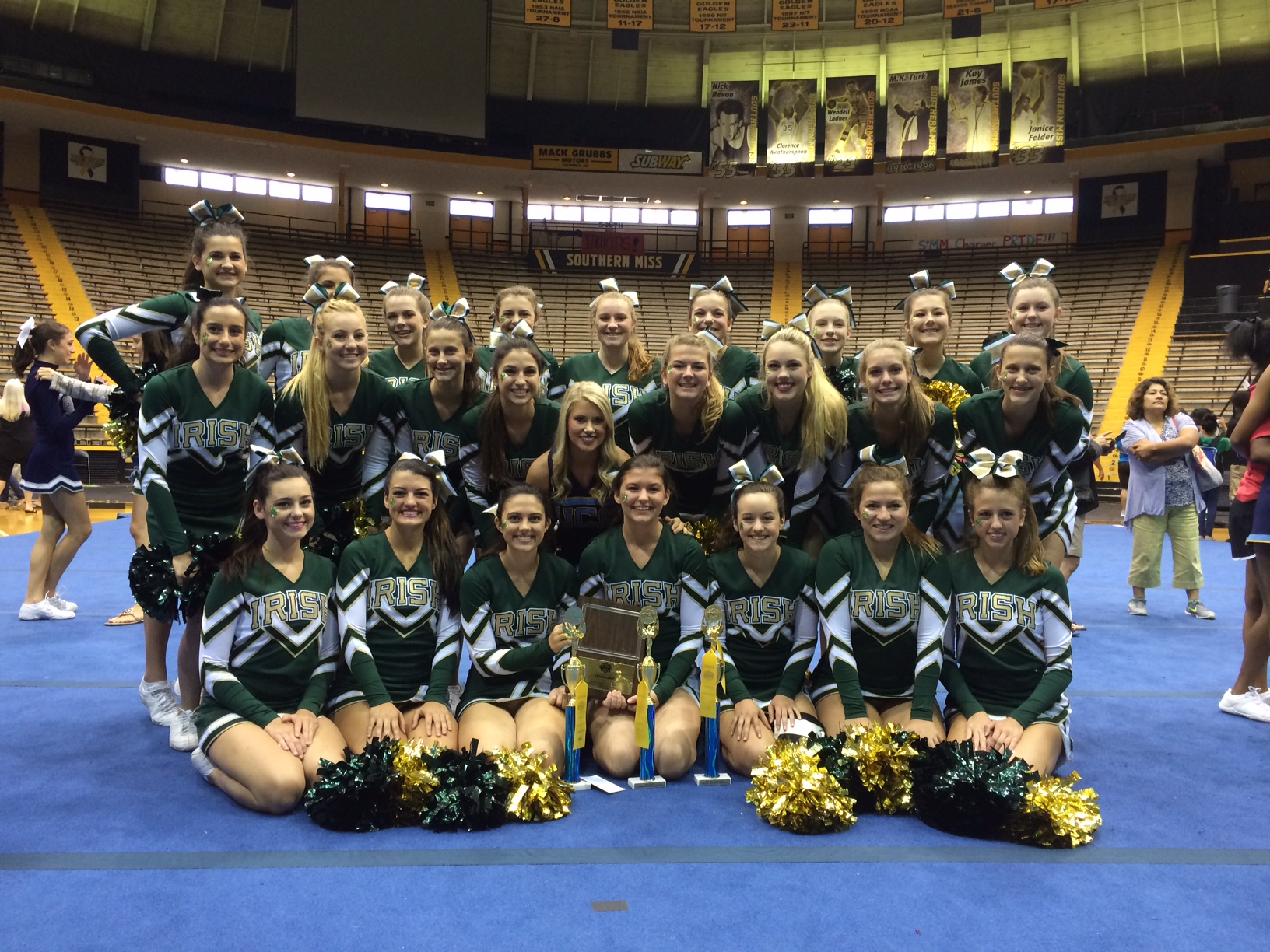 The St. Patrick cheerleading squad attended cheer camp at the University of Southern Mississippi during the week of May 28.

The St. Patrick varsity squad came home with multiple awards.  They placed first in the X-Treme Routine, first in Cheer, and scored a trophy for being selected as a superior squad.  They also received the Leadership Award which is voted on by all squads attending camp.

Congratulations to all of our St. Patrick cheerleaders!