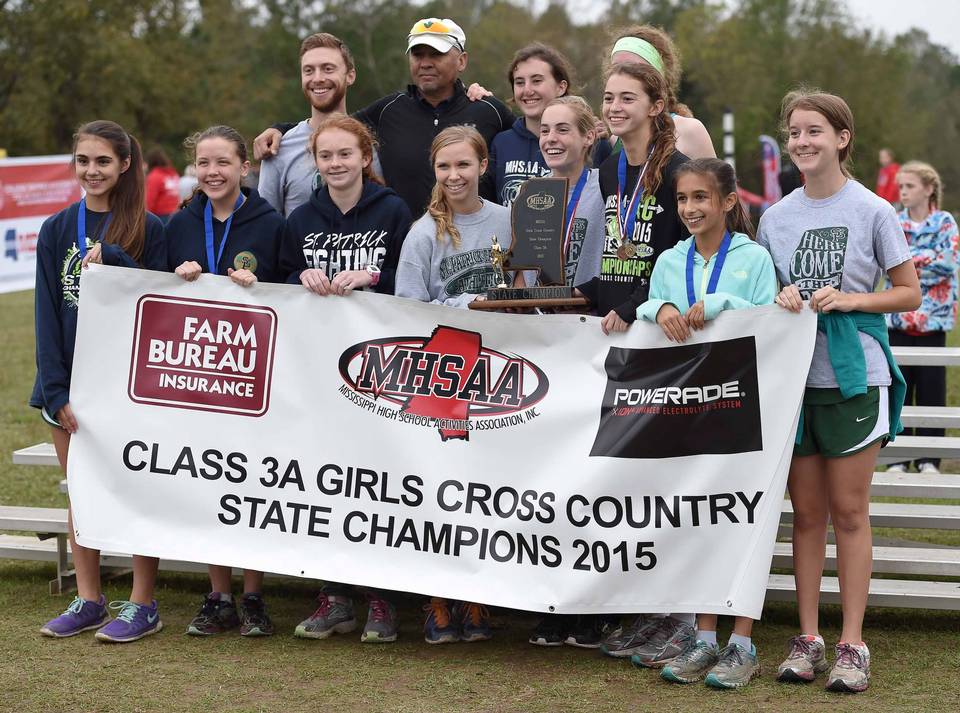 On Monday, November 9, the boys’ and girls’ cross country teams traveled to Clinton, Mississippi, to compete in the 2015 Mississippi High School Athletic Association State Cross Country Championship at Choctaw Trails.  The meet was a 3.1 mile race through the muddy trails and hills at Choctaw Trails.

Our girls Cross Country team was led to victory by senior Ramsey Wagner winning the girls 3A state title in the meet.  With her time of 19:20.7, Ramsey finished a whole minute and twenty seconds faster than runner-up Kyannah Grant, sophomore from Choctaw Central High School.  Ramsey says that she is excited to have gotten her best times this year as a senior and has still improved her last year as a runner for St. Patrick.

Following Ramsey, junior Anna Claire Colson came in third place out of the 3A division group of girls with a time of 21:01.1.

It has been a great season for the Fighting Irish cross country teams.  The teams are coached by Tim McDaniel and Leo Mironovich.