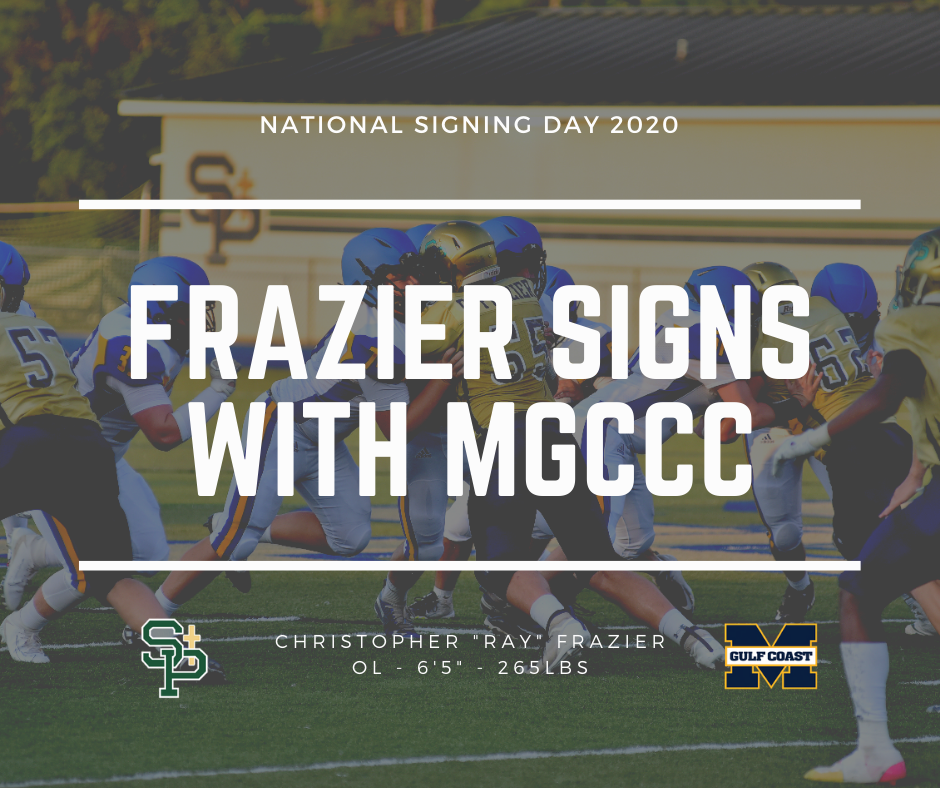 BILOXI, Miss – Christopher “Ray” Frazier ’20 signed with Mississippi Gulf Coast Community College as a preferred walk-on this afternoon during a ceremony in the school’s library. Frazier intends to make an impact on the returning NJCAA national championship squad. 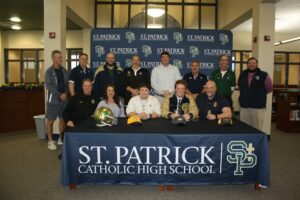 Frazier finished his career at St. Patrick as a four-year starter at offensive tackle and started playing on both sides of the ball his sophomore year. At 6’5″, 265 lbs. Frazier has been a force in the record-breaking St. Patrick rushing attack this past season.

“Anytime you have a student-athlete awarded an opportunity to pursue what he wants, it’s exciting. For Ray, the fact this opportunity is so close to home, as well as a chance to be a part of the defending NJCAA National Champions football team is awesome,” said head football coach, Trey Bailey.

“Ray was one of the freshmen that I coached from my first day at St. Patrick. I have seen him grow into a fine lineman and a finer young man. I’m proud he is taking the next step to play at MGCCC,” said offensive line coach, Aaron Hommell.

“I’m excited to join a successful program that will help me develop my skills. I’m glad my parents will have the opportunity to watch me so close to home,” said Frazier.

At the helm at MGCCC is Jack Wright, the 2019 NJCAA Coach of The Year. Frazier’s position coach is Les George. George has a history of sending players to NCAA Football Bowl Subdivision schools and Power 5 schools. One of these players includes Martinas Rankin, who went on to receive All-SEC honors at Mississippi State University and eventually drafted in the third round of the NFL Draft by the Houston Texans. Rankin was traded for the 2019 season to the Super Bowl LIV winning Kansas City Chiefs. 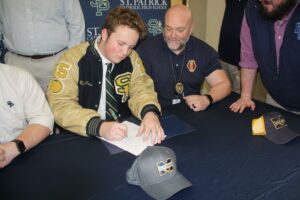 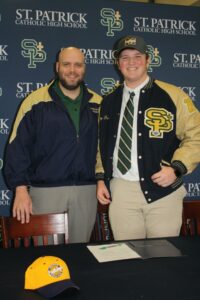