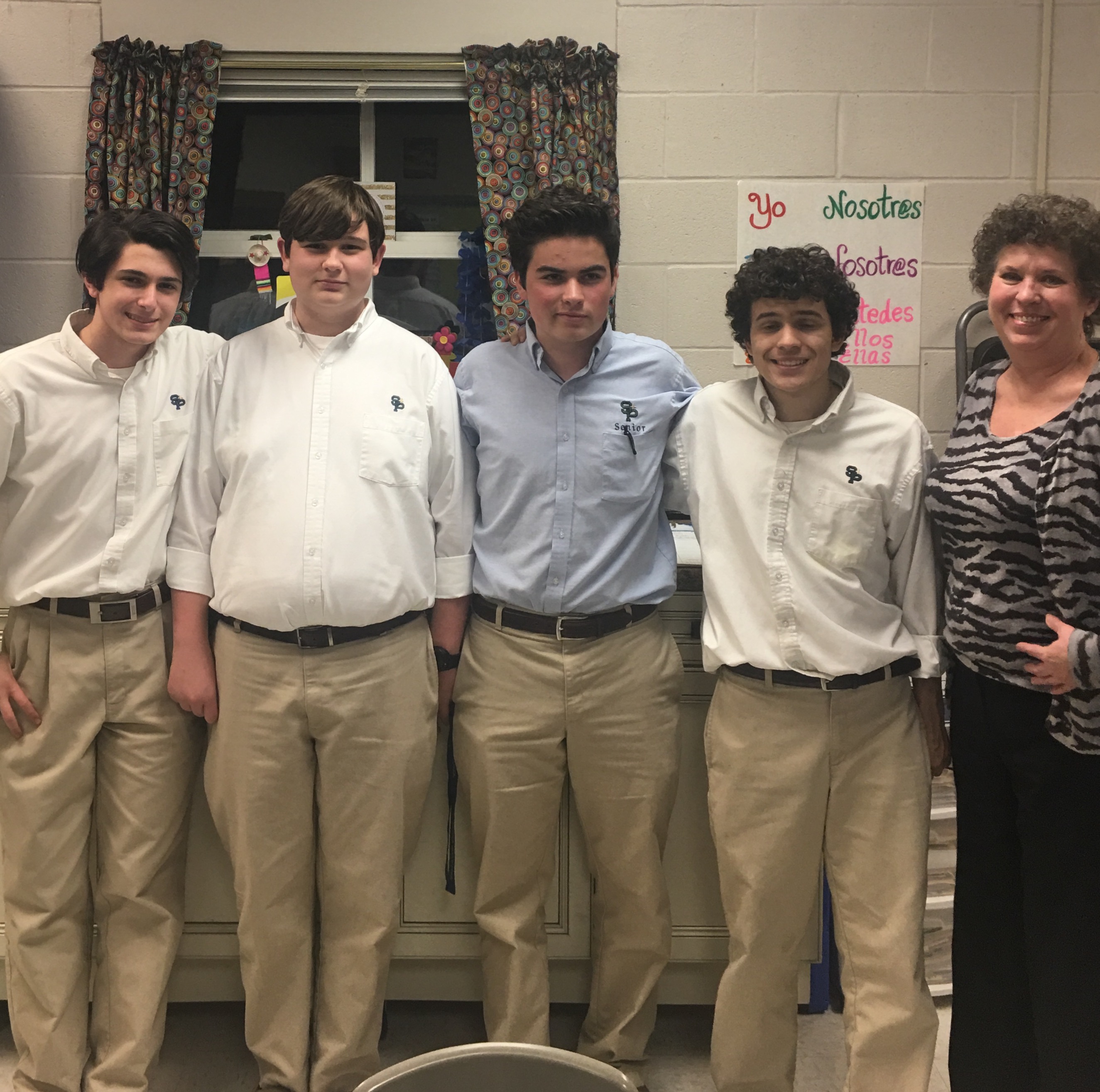 The St. Patrick Catholic High School Quiz Bowl Team participated in a match held in Pass Christian Monday, February 6, 2017. Quiz Bowl competitions consist of three rounds of twenty toss-up questions, and for every correctly answered question, four bonus questions are awarded to the team who answered the question correctly. The original 20 questions asked can pertain to any subject with an allowed five seconds to answer, except math questions are allowed 10 seconds. The four bonus questions are given to the team, who answered the question correctly, but if they form no answer the other team is given the opportunity to answer the bonus question.

Our St. Patrick Quiz Bowl Teams played exceptionally well at Monday’s match. Team A members, David Alexander, Stephen Azar, Hayden Miller, and JR Riojas, won all three of their matches and Team B, Diego Riojas and Connor Sutton, won two out of three of their matches. Team A played Hancock High School in their first round, St. Stanislaus in their second round, and Gulfport High as their third round. Competing in their very first match, Team B, formed by two of our St. Patrick eighth graders, won their second and third matches against Gulfport and Biloxi high school competitors and took a hard fought loss against Hancock High. Team A and B star players for Monday’s match were JR Riojas, Stephen Alexander, Diego Riojas, and Connor Sutton. Team A member, David Alexander, said, “It was a good match, great fun, and I’m glad we did so well!”