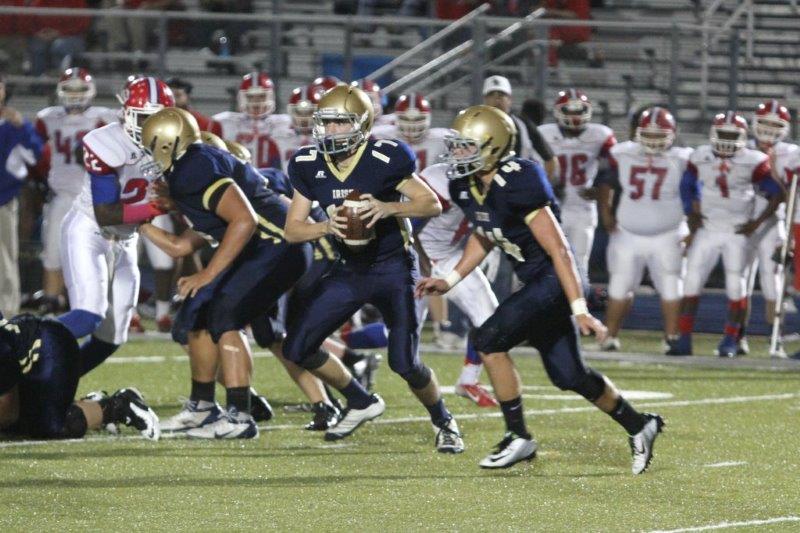 The St. Patrick Fighting Irish football team played their last game of the season Friday, October 30, against the Seminary Bulldogs. The Irish’s last game was played on their home field Friday surrounded by cheering fans.

Irish supporters were introduced to the senior football players, cheerleaders, cross country team, and dance team members before their last game of their high school career. The students’ accomplishments and future plans were shared with the audience before they went off to perform at the last St. Patrick football game of 2015.

The Fighting Irish were off to a rough start, ending the first quarter with the Bulldogs scoring two touchdowns to reach 14 points. The second quarter was not much better, this time Seminary was ahead 0-27. At halftime both schools’ bands performed. The St. Patrick band incorporated the Halloween theme into their routine, playing songs “modern James Bond songs” and dressing in their Halloween costumes. The St. Patrick Emerald Dance Team also performed a kick to “Reflections” by Mister Wives.

Reentering the second half both teams ran onto the field with a winning spirit. During the last seconds of the fourth quarter St. Patrick senior Matt Jones scored a 6 point touchdown and kicked for a point after. The game ended in an overall win for Seminary with a 36-7 score.