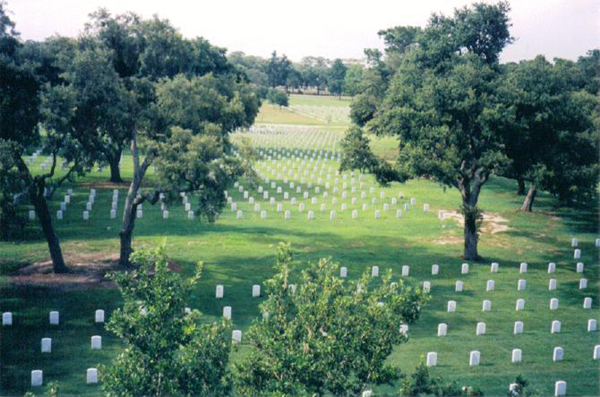 St. Patrick seventh grade student Charles Fink was published in this weekend’s Sun Herald regarding his experience at the Biloxi National Cemetery’s Vietnam Memorial Service.  Fink was asked by the Sun Herald to write an article about his experiences at the Vietnam War Memorial earlier this week. Listed below is the article from the Sun Herald.  Click here to view the original article.

On March 29, my mom took me to the Biloxi National Cemetery’s Vietnam Memorial Service. I’m not sure what I was expecting, but what happened made me both sad and proud.

When we arrived at the service, we took our seats. As the Vietnam veterans started to arrive, I introduced myself and shook each one’s hand. I thanked each veteran for their service. Several of these veterans got tears in their eyes.

I was kind of sad that they thought kids like me didn’t know anything about Vietnam. One 80-year-old colonel asked me to take a picture with him.

When the first Vietnam veteran speaker began, I kind of got upset. How could people treat veterans the way that these veterans were treated after the war? I felt mad when I heard about the role the media played during the war and the things they said the American troops did.

My mom and dad are both Marine Corps veterans, and I would’ve been upset if my parents had been treated that way. My dad works at the Biloxi VA hospital, so he teaches me how to respect and talk to veterans.

As the speaker talked, I began crying. I have been to the National Vietnam Memorial. I have seen my cousins’ names on the wall. I have seen how this war caused PTSD in two of my uncles. After the ceremony and after taps was played, I gave the speaker a hug, and I cried.

I learned more today about the Vietnam War than I ever have before. I am glad these veterans are finally getting the recognition they deserve.