St. Patrick students are ringing in the Christmas season with the Red Kettle 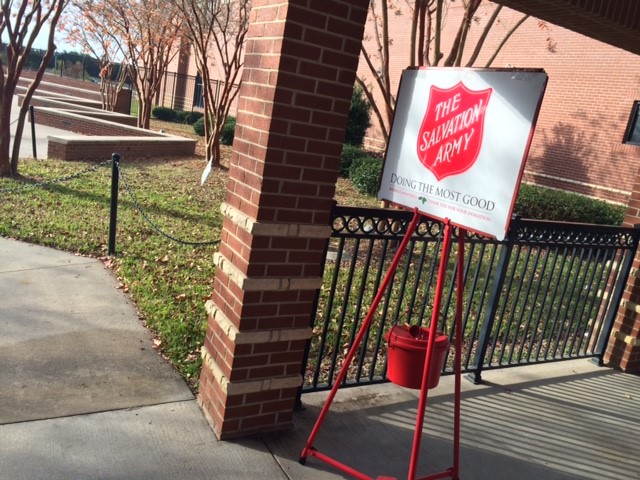 St. Patrick students are ringing in the Christmas season with the Red Kettle

Every Christmas, everyone has at least seen a Salvation Army Red Kettle being displayed in front of a building.  We usually put a few coins or a dollar bill in the kettle, received a thank you from the ever distinct bell ringer and go on our merry way.  But what most don’t realize is that there is much more behind the history of the Red Kettle and how much it really does help the poor in not only our community, but around the world as well.

The Red Kettle tradition was officially started by Salvation Army Captain Joseph McFee in San Francisco where it eventually grew to be a nationwide fundraiser for feeding the poor at Christmastime.  Today, kettles are used in other countries, such as Japan and Chile and continue to provide sufficient funds for the Salvation Army to continue to offer its various services year-round.

We have our very own Red Kettle here at St. Patrick; it was brought in by freshman Windfield Swetman, who has been involved with the project for many years.  The junior high Student Council is taking over this project for the Advent season.  Students are encouraged to help volunteer ringing the bell for the Salvation Army.  The proceeds will be sent to the Salvation Army to help them with their year-long efforts.