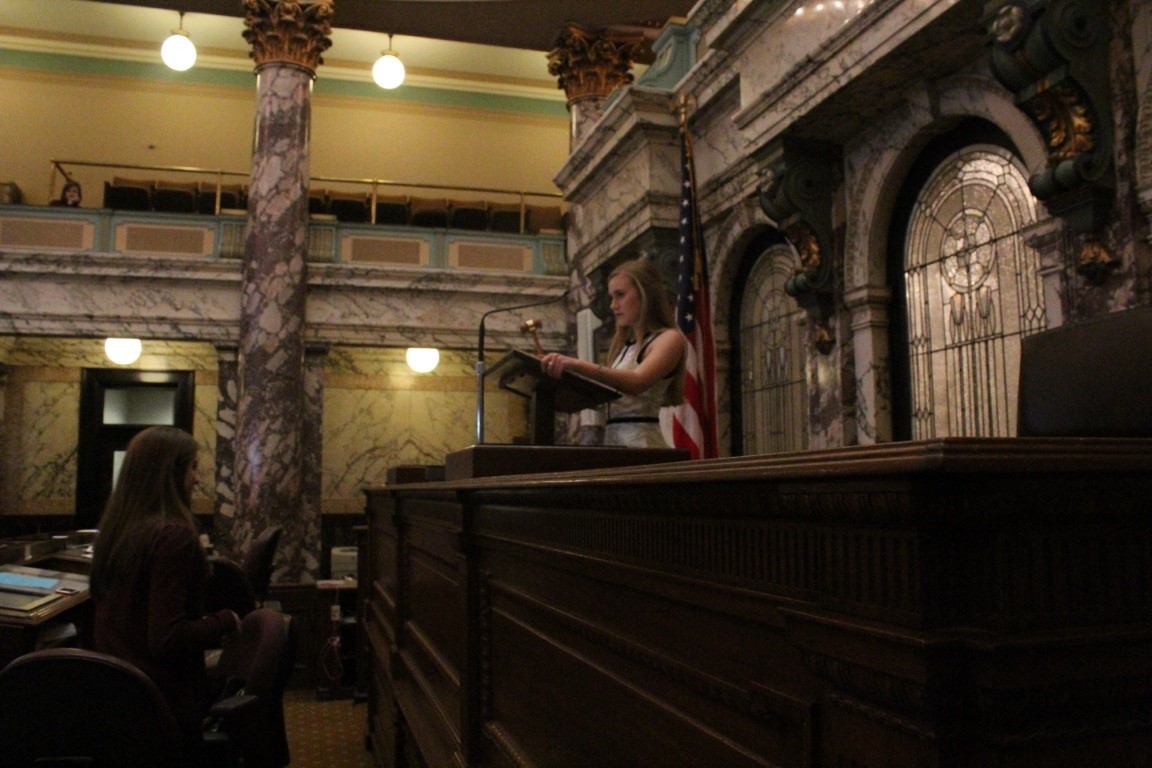 St. Patrick students participated in the annual Mississippi Youth Legislature program this week from November 9-12.  We send students to this program every year so they can participate in the educational and experimental activities associated with government within the program.  The students have many opportunities to learn and put their governmental skills to use through multiple different activities and responsibilities over these few days.

During the conference, many of our students debated or facilitated the discussion of, voting on, and passage of bills written by our students and other students from across the state. They argued passionately both for and against bills in attempts to persuade their peers to support their sides. Our students did very well, and several received special recognition for their work throughout the conference. Students had the opportunity to debate in both the Old Capitol Building and the New Capitol Building in Jackson, MS and to talk to several notable public figures, including Senator Roger Wicker and renowned cartoonist Marshall Ramsey. Several of our students received special recognition for their work at the conference, and several more were elected by their peers for leadership positions at next year’s conference.

Beginning the adventure, the students were automatically plunged into the rewarding work and numerous activities. The program has legislative and judicial influences so the students get a wide range of knowledge of the different sections of government. The students that choose to be legislators have a very important role because they all go into the conference with a bill that they’re trying to get passed. They come up with a law that they’d like to see put into action. They present this bill and go through the whole legislative process.

The students can also participate as different positions in government including attorneys, Supreme Court justices, lobbyists, and press delegates.  Within the Supreme Court of the program, the participants can experience the ins and outs of our judicial system. They participate as the attorneys and Supreme Court Justices as mentioned earlier and actually present cases. The press corps and lobbyists also obtain important roles with the former recording all of the legislation in the Youth Legislature newspaper and the latter convincing legislators on numerous topics.

Mr. DeSalvo, the supervisor of the trip for St. Patrick, said, “The Mississippi Youth and Government Conference went really well. The students argued passionately both for and against bills in attempts to persuade their peers to support their sides.”

This program helps students from our school to gain interesting leadership positions, learn about our governmental systems, and create lasting experiences that will help our students to succeed in both government and any other profession they pursue.