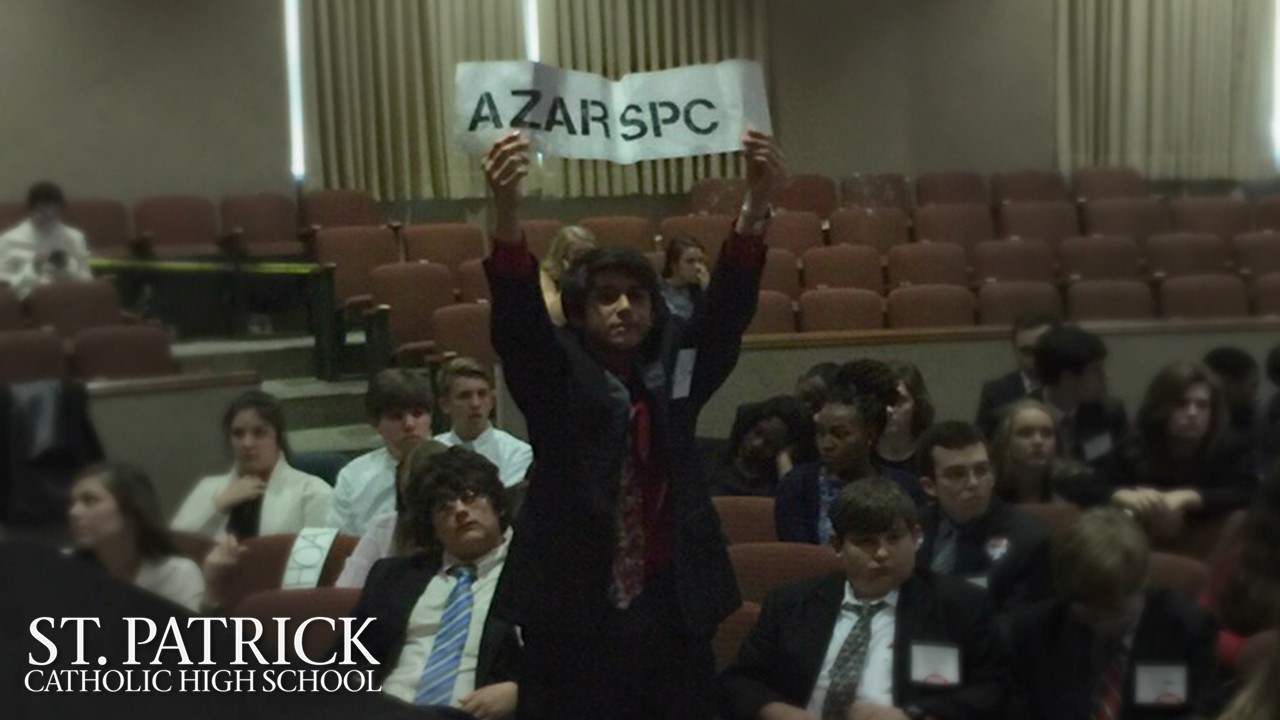 Youth Legislature is a youth program organized through Mississippi YMCA Youth and Government.  Every fall, students ninth through twelfth grade throughout the state of Mississippi travel to Jackson in order to participate in a mock legislature.  Seventh through ninth grade students can travel to Jackson to participate in a similar program, Junior Youth Assembly, in the spring.  In these programs, students in groups of two or three spend weeks before the program to think of something they want to become a state law, and then as a group they form their idea into a bill.  Students are then sent to Jackson as a Senator in the Senate or as a Representative in the House where they present their bill to other students from around the state and try to get their bill passed through both committees and chambers until it reaches the desk of the Youth Governor where he or she can either veto the bill or sign the bill into law.

St. Patrick will head to Jackson again on April 21, 2016 for Junior Youth Assembly.  Students seventh through ninth graders are welcome on the trip.  For more information, please contact Mr. Prindiville.