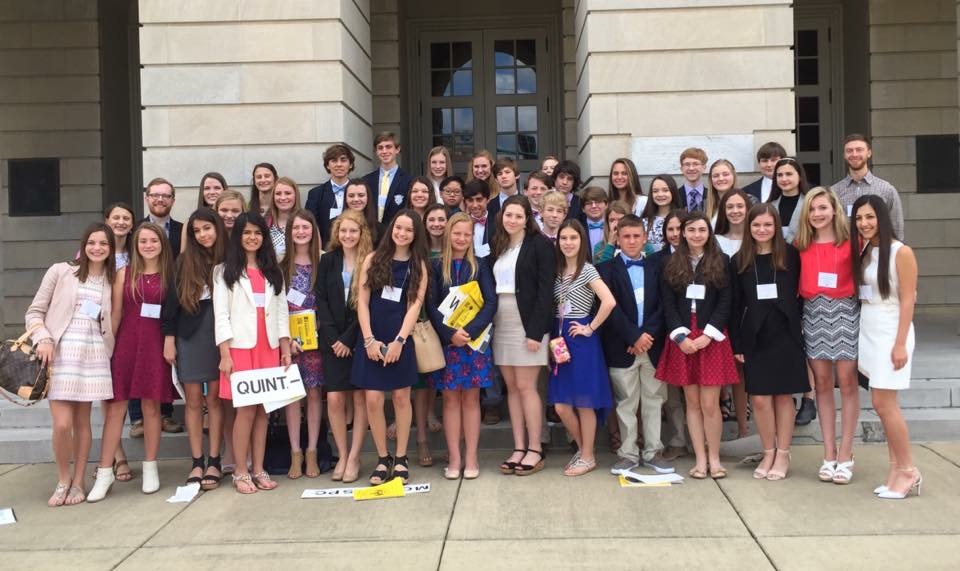 Over the weekend, fourty-four St. Patrick Catholic High School students participated in Junior Youth Legislature in Jackson, Mississippi, from April 21-23.  The students were accompanied by St. Patrick teachers Mr. Peter Prindiville and Mr. Leo Mironovich.  Mr. Prindiville stated, “it was one of the best conferences in recent memory, and St. Patrick had a great showing.”

Youth Legislature is a youth program organized through Mississippi YMCA Youth and Government.  Every spring, students seventh through ninth grade throughout the state of Mississippi travel to Jackson in order to participate in a mock legislature.  In these programs, students in groups of two or three spend weeks before the program to think of something they want to become a state law, and then as a group they form their idea into a bill.  Students are then sent to Jackson as a Senator in the Senate or as a Representative in the House where they present their bill to other students from around the state and try to get their bill passed through both committees and chambers until it reaches the desk of the Youth Governor where he or she can either veto the bill or sign the bill into law.

Diego Riojas, Cade Meyers, and Anthony Bui’s bill was successfully passed and signed by the governor.  Their bill was titled “An Act to Require Public Schools to Have a Recycling Program.”

This year Chloe Rizk, Hannah Gautier, Lillie Guida, Mary Tubb, Max Grill, Anna Broadus, Makayla Pfarrer, Hayden Miller, Kaitlyn Cox, Madison Cox, and Anna K Fore served as officers and lead the conference with various duties.  Chloe Rizk served as Speaker of the House and said, “JYA was so much fun this year.   St. Patrick delegates and officers really impressed everyone there with our behavior and knowledge.  JYA is always an enriching experience that I’m so thankful to be a part of it every year.”