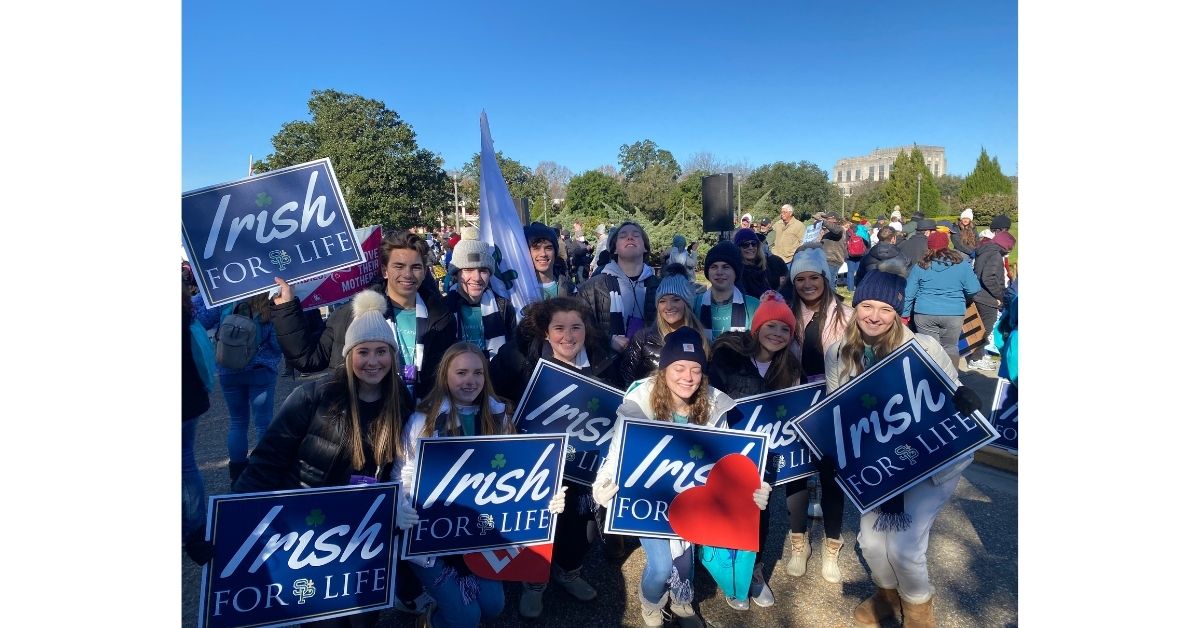 BILOXI, Miss.- St. Patrick students attended the Louisiana Life March in Baton Rouge. This is the first time students have been able to attend a March for Life rally since 2020. Earlier this month, the Catholic Diocese of Biloxi cancelled all trips to Washington D.C. due to the rise in Covid-19. It was then moved to Baton Rouge, where a smaller rally was taking place. Students and teachers say even though it was a smaller rally, they are glad they could spread their message.

“The March for Life is an opportunity for our young people to join with other like-minded individuals to protect the sanctity of life from the moment of conception until natural death,” Students for Life sponsor Emily Cloud said. “All life is precious and has purpose because it is made possible by God.   No person has the right to decide that a life is not worthy or has less value than another.  Women also deserve better and need support to feel empowered that they can choose life for their baby and receive the help that they need. ”

Participants in the Louisiana Life March South in Baton Rouge started near the State Capitol and walked to the Galvez Plaza on North Blvd. Town Square..

The march was organized by Louisiana Right to Life (LARTL), which works through education, legislation, activism, and service to oppose abortion and euthanasia.

“It was definitely more than we expected,” Senior Olivia Seymour said. “Compared to the March in Washington, it was smaller but definitely better than we expected it to be. We were all there for the same reason and it felt like pure unity. We were definitely not afraid to stand up for what we believe in.”

“This was my first March for Life, and I was expecting a lot less people since we were in Baton Rouge but it was way more than we expected,” Senior Blake Williams said. “There was definitely a lot of hopefulness that this will be the last year for Roe vs. Wade. If we keep fighting for what we believe in no one can stop us.”