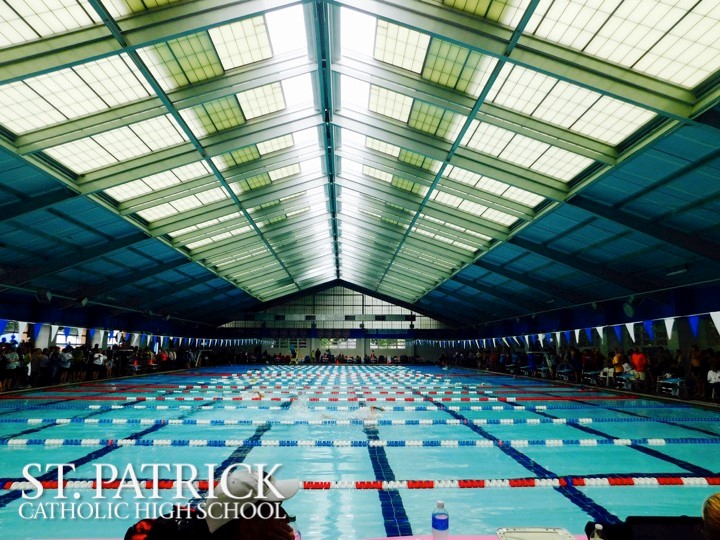 The Biloxi natatorium was packed with swimmers, parents, and onlookers for the Biloxi Invitational Swim Meet that was held on Saturday, October 3.  This swim meet included twenty-two competing school teams and numerous individual swimmers within these teams.  The St. Patrick Catholic High School Irish girls swim team finished second out of these twenty-two teams while the boys placed ninth.

The swimmers arrived at around 8:30 a.m. and proceeded to participate in a full day of competition within the pool.  There were numerous races including freestyle, backstroke, and medley.  There was also a separation of classes because of the size of these competing schools.  Class 1 is comprised of the smaller schools within Mississippi and class 2 includes the larger school communities.  The St. Patrick girls’ team placed first within class 1 and the boys placed second.

Steven Azar, Sam Hewes, Will McMackin, Mary Agnes Mestayer, Alex Moore, and Clayton Stoddard also had great swims in the Biloxi Invitational Meet.  Mary Agnes Mestayer, one of the top finishers, commented on the swim meet, “I think the team did really well, and I’m super proud of how hard everyone worked.  I can’t wait to see how the team does next week!”

Of the twenty-two teams at the Biloxi Invitational, the St. Patrick Fighting Irish will face four of them at south state and state in the near future.  Come out to support the swimmers at their meets and wait for more information on the amazing accomplishments of the Fighting Irish Swim Team!