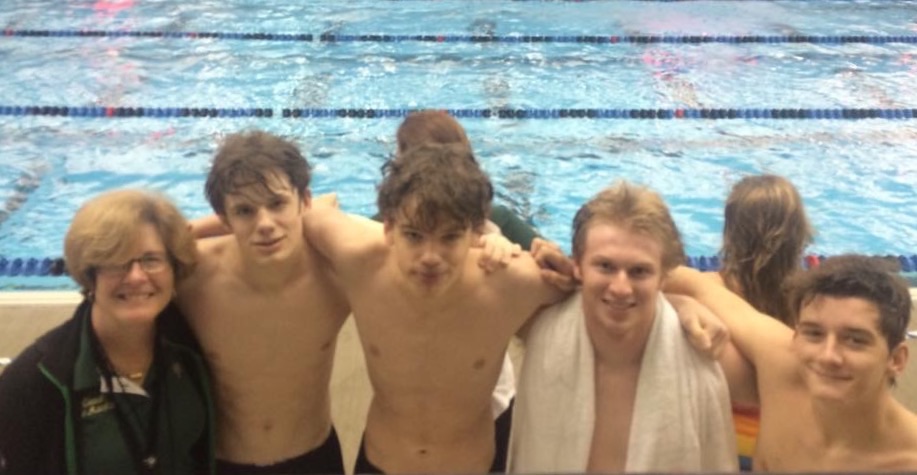 Several of the St. Patrick Fighting Irish swimmers competed in the state swim meet in Tupelo this weekend. Swimmers swam and were scored on Saturday, October 31.

Three of the St. Patrick swimmers received medals at the meet. Junior Jeanne Torp collected a bronze third place medal for the 100 freestyle. Christian McKee placed second and received a silver medal in the 200 individual medley. Senior Gray Carpenter placed first in the 100 butterfly and was awarded a gold medal. Two of the relays also received medals. Kathleen McMackin, Laurie Pisciotta, Maddie Gillam, and Jeanne Torp accepted a second place silver medal for their 400 freestyle. The boys 400 freestyle also placed with a third place bronze medal for their fastest time of the season. The boys relay included Gray Carpenter, Christian and Jack McKee, and Sam Hewes.

St. Patrick Boys finished a solid sixth in State, ahead of St. Stanislaus and Vancleave. This is a huge improvement over last season, when they finished ninth overall. St. Patrick Girls finished in fifth place again this season, ahead of OLA and a very strong Vancleave girls team. Both teams turned in the strongest performance of all the Class 1 teams on the coast.