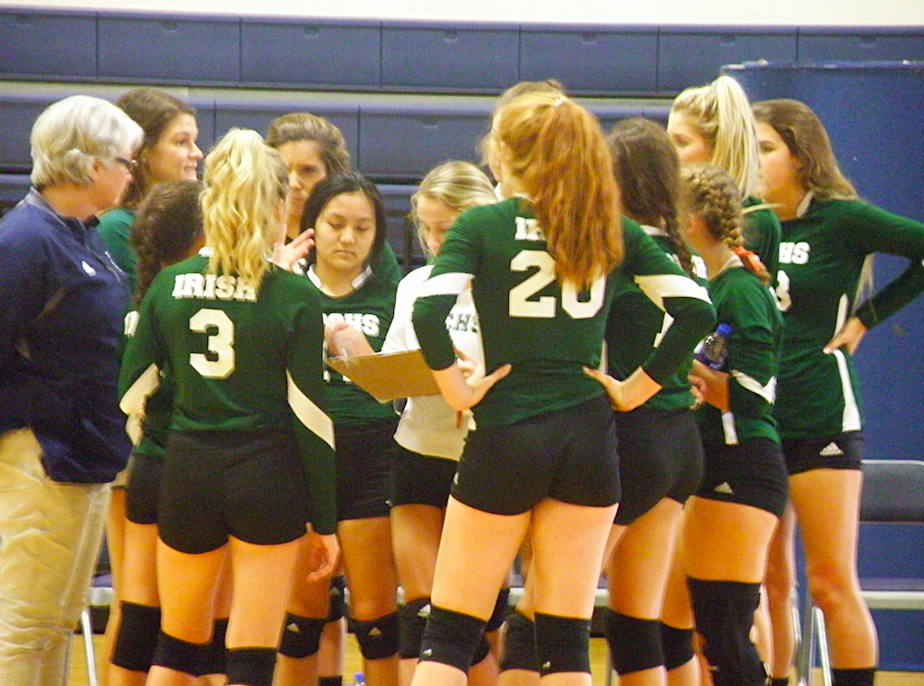 Students, teachers, and parents gathered in the St. Patrick gym Tuesday evening to watch the junior varsity and varsity volleyball teams battle it out against Lumberton. The game began 30 minutes early at the request of Lumberton and ended around 6:30 with a complete victory for the Irish. Though Lumberton put up a valiant fight, they were outnumbered and outskilled. The Lady Irish were victorious in all of their matches by a significant margin. The junior varsity games were much closer in terms of score, perhaps because Lumberton’s team was fresh. However, once junior varsity won, Lumberton seemed to give up under a hammer blow of point after point for the Irish. The three matches of the varsity teams ended with a score of 25-13, 25-8, and 25-8, respectively. Lumberton’s team was significantly smaller and most JV players also played during the varsity game, perhaps contributing to their defeat. Nevertheless, the Irish were victorious in all of their matches and played a fair game.

The turnout for the games was slightly disappointing. Though the Lady Irish will fight bravely either way, it is certainly more heartening to have a stand full of avid fans who cheer your every action, whether beneficial or not. It was clear that the Lady Irish would prefer to have a stand full of fans The few who did arrive to watch the game were happy with the victory.

Junior Todd Fayard stated, “We are what we repeatedly do, therefore excellence is not an act but a habit.” A somewhat philosophical statement, however the Lady Irish did put up a valiant fight and proved to be superior to Lumberton, playing as a single entity geared for victory.

Photos from the games can be viewed here.