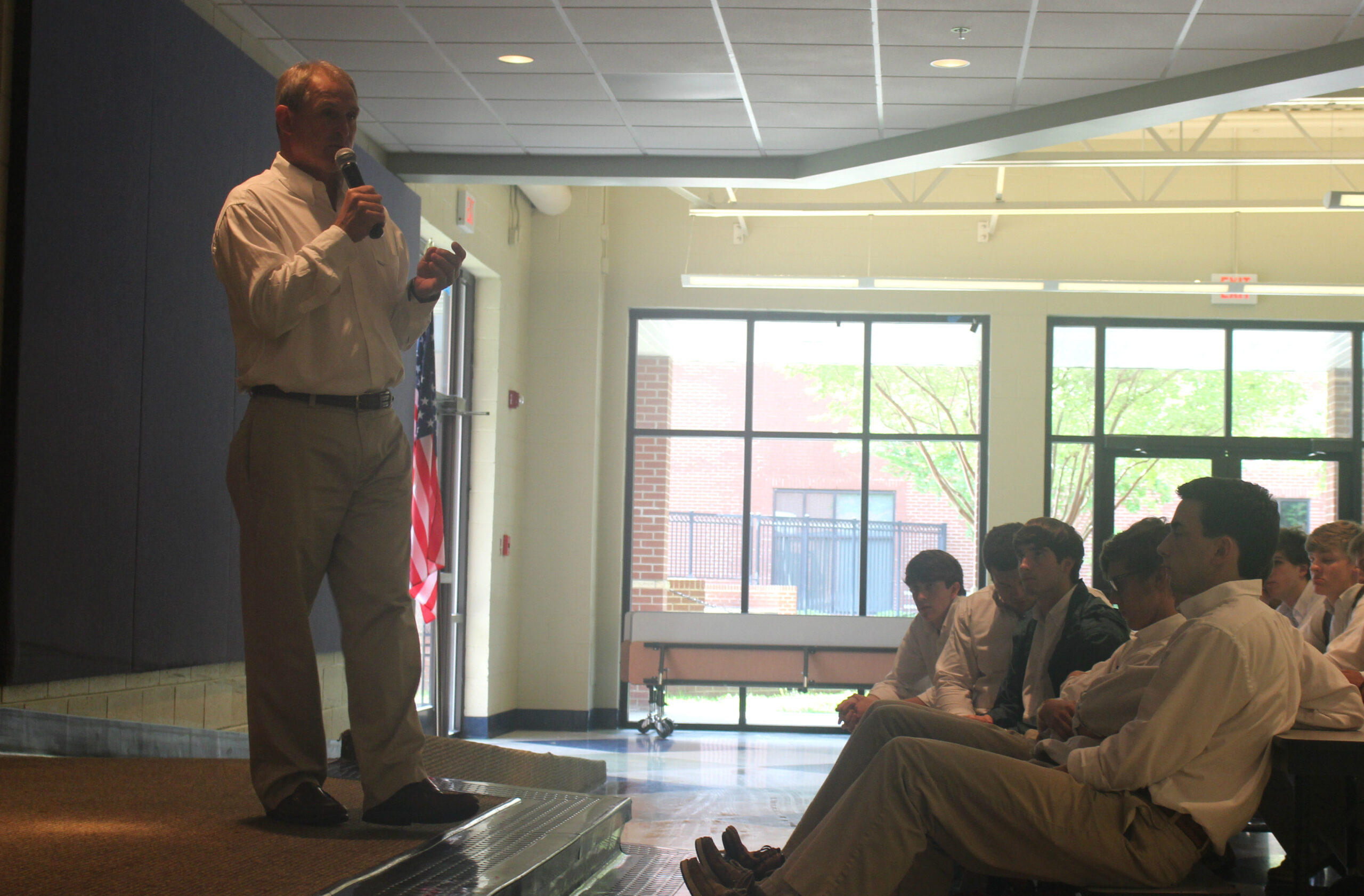 St. Patrick Catholic High School is excited to welcome Jim Bloomfield as the new head football coach. Bloomfield is originally from eastern Kentucky where he lettered all four years of high school in football, basketball, baseball, and track.  He graduated from William Carey University in Hattiesburg, where he played baseball and basketball.

Bloomfield has been married to his wife, Cathy, for thirty-two years.  They have three children.  Hunter graduated from Mississippi College and now works as a personal assistant for a Major League Baseball player.  Ann-Carter is a public relations director for the country music group The Band Perry.  Ashlynn is a speech-language pathologist, and her husband, Edward, is an electrical engineer with the Department of Defense.  Bloomfield also has two grandchildren, Sawyer (18 months) and Jane-Kennedy (5 months).

Bloomfield comes to St. Patrick from Vancleave High School where he has worked fifteen years as head football coach and athletic director.  Prior to his position at Vancleave High, he worked for sixteen years as the head ninth grade football coach at Gautier High School and Gautier Junior High.  In total, he has been coaching on the gulf coast for thirty-three seasons.  Bloomfield has coached four Division I signees in the last eight years, and four of his previous players have gone on to play in the NFL.  He has had post-season 5A and 4A playoff appearances eight of the last twelve years; two of these appearances were in the South State Semifinals.  He founded the Mid-Coast and North Coast Conference for middle school, ninth grade, and junior varsity athletic programs.  He is an active member of the Mississippi Athletic Director’s Association, the Mississippi Association of Coaches, the National Football Foundation Hall of Fame, and the Mississippi Gulf Coach Coaches Association.