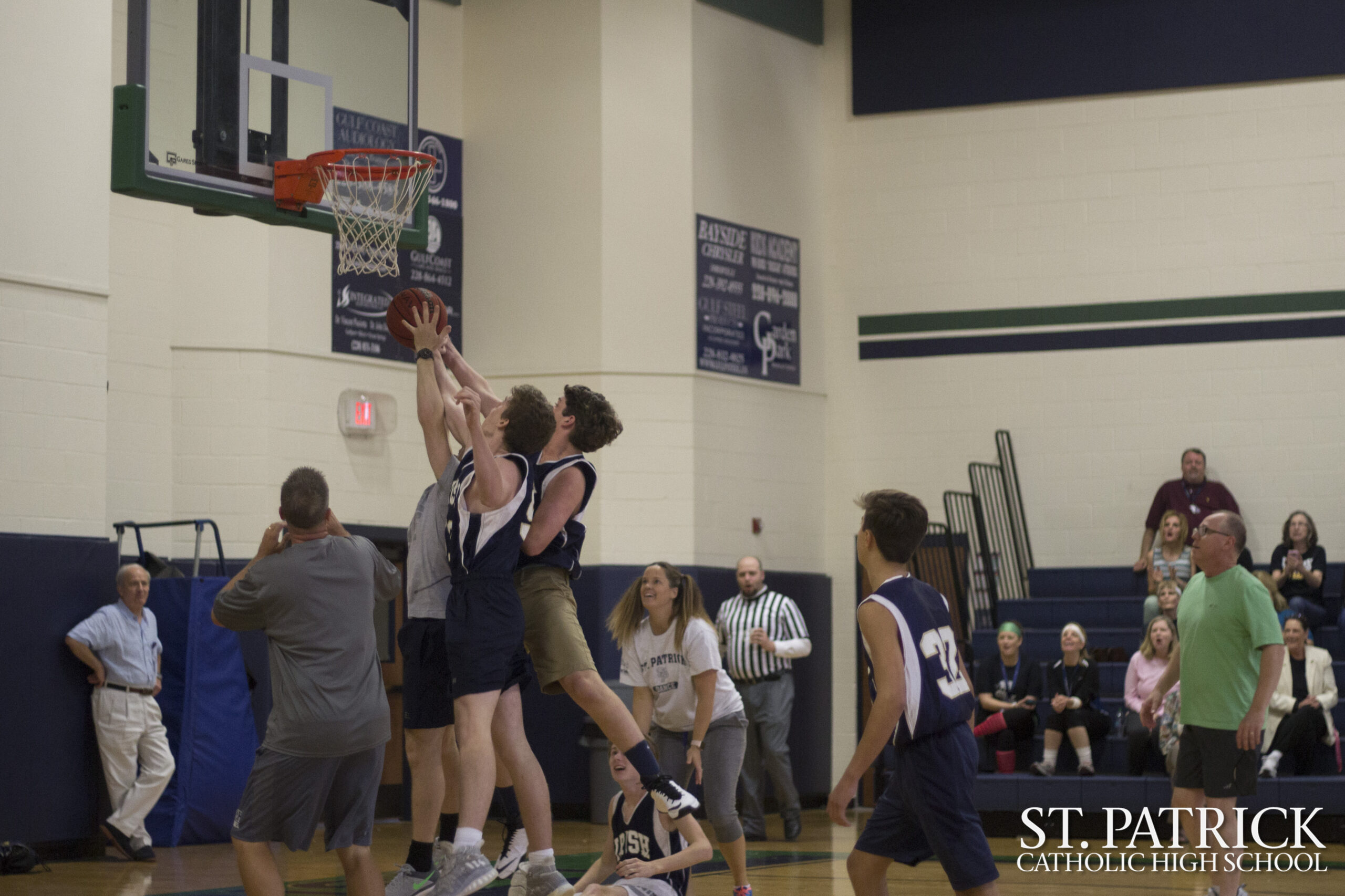 Saint Patrick followed pep rally bell schedule on Monday, September 18th, to accommodate for an exciting Homecoming Week event: a student vs. teacher basketball game. This fun-filled game consisted of freshman, sophomore, and junior members of the school’s basketball team competing head-to-head against a team of their own teachers. The teachers’ team even featured a cheerleading squad to raise the crowd’s spirit during the game. To judge the game, our principal Mr. Buckley gladly volunteered to be the official referee, complete with uniform and all. The game consisted of multiple suspense-filled moments as both the students and the teachers attempted to score as well as block their opponent from scoring. Within the bleachers, the students cheered loudly for their team of choice, with the crowd evenly split between favoring the students and the teachers. The score remained close throughout the game as both teams played aggressively, but the students came out on top within seconds of the end of the game with a final score of 17-16.

This exciting contest was only the beginning of an eventful Homecoming Week. Other events leading up to the Homecoming game as well as the dance include Irish Idol, the Touch of Class luncheon, and the Homecoming picnic before the pep rally. The goal of this week is to unify the student body as well as raise their school spirit before the most important football game of the year–the Homecoming game. This year’s Homecoming Week has been especially spirited since the Fighting Irish football team ended their twenty-four-game losing streak, giving them a chance to achieve a Homecoming game victory for the first time in years. With a full list of fun-filled events such as the student vs. teacher basketball game this week, the student body will be more than ready to cheer on their team this Friday. Go Irish!