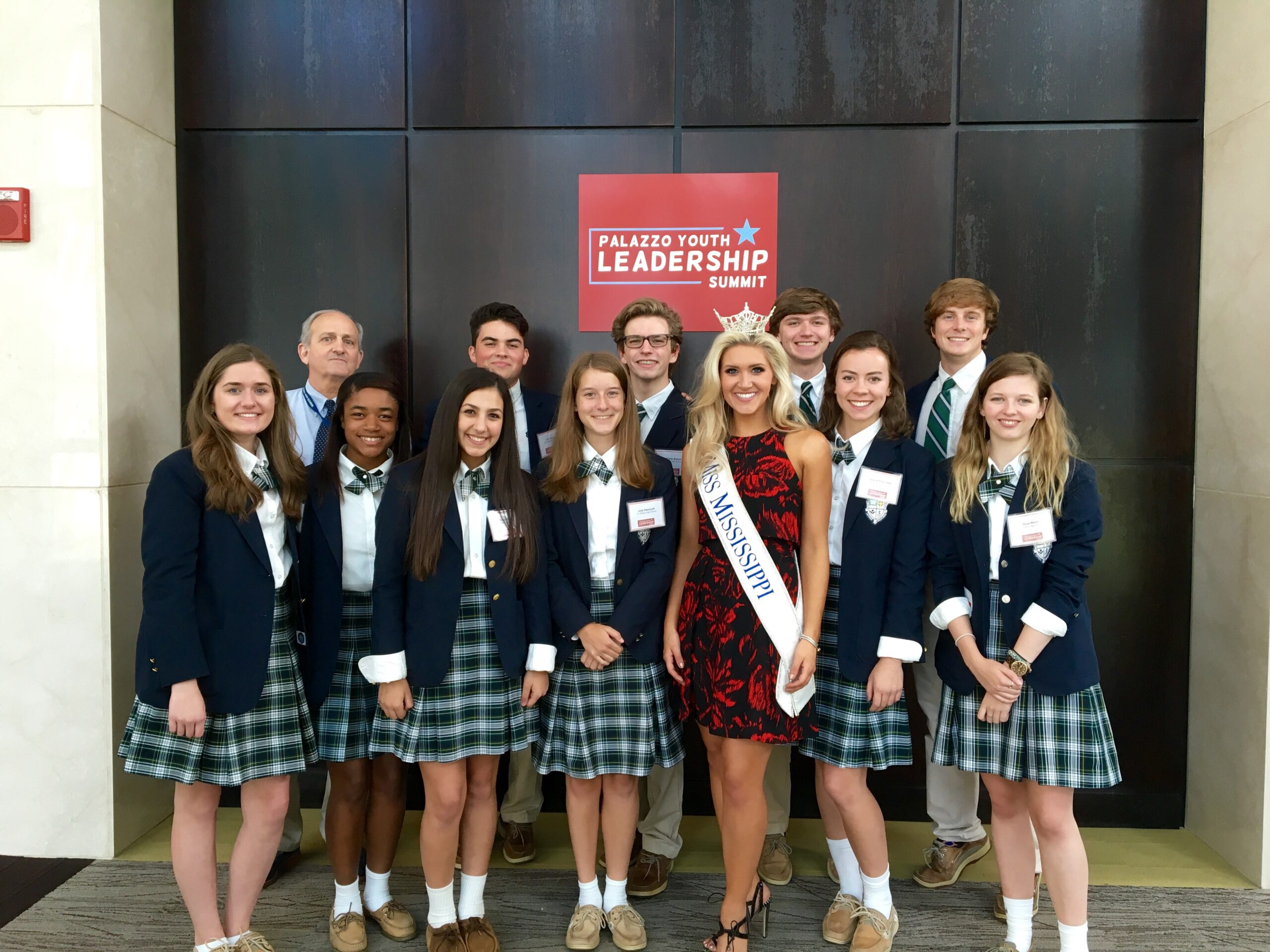 On Thursday, October 27, ten students set off on a leadership adventure to the Palazzo Youth Leadership Summit hosted by Congressman Steven Palazzo.  This is the fifth year that that the program has been inspiring leaders and bringing inspirational stories to students in the Mississippi area.  The ten students nominated to attend the leadership summit participated in a day of inspirational speaking, college contacting, and unique questioning.

Getting to school at seven fifteen in the morning, the six seniors and four juniors loaded the bus and headed to Mississippi Gulf Coast Community College, the Jefferson Davis Campus where the summit was taking place.  After checking in, the students were able to introduce themselves to Congressman Palazzo and converse with him for a few minutes.  The students then sat down and waited in anticipation for the first speaker of the day.

After the welcome and invocation, Sergeant Major Ronald L. Green, 18th Sergeant Major of the Marine Corps, walked onto the stage to speak to the audience.  Sergeant Major Green began with the statement that a leader needs to ask permission to lead.  He talked about the idea that the Marine Corps takes to heart, the idea that the man or woman by your side should come before you.  He talked about a man who jumped on top of a grenade to save another marine’s life; he said this is the kind of leader you want to be.  Don’t just limit yourself to positional leadership, leadership where you’re only a leader because of the position you hold.  He urged the students to be more than that, to study good leaders and realize that there is something bigger than yourself, pass on the goodness that people show to you to other you encounter.  The Sergeant Major received a standing ovation at the end of his inspiring and touching speech.

The next speaker was MasterChef Contestant Katie Dixon who is a multitasker taking on a business of her own, acting as a consultant for healthy living, and competing on the famous reality show.  She implored the audience to follow their dreams and reach for the stars.  Dixon talked about her history and how she’s always been a dreamer; it’s worked out well for her because she decided to aim high.  She also talked about her values and inspirations in life, adding a personal touch to her fundamental leadership advice.

The last speaker was perhaps the most unpredictable, Miss Mississippi 2016 Laura Lee Lewis.  The unpredictable nature of this speaker derived from the way she started her speech; she began with the statement that she was going to share a story about herself that isn’t well-known.  Lewis shared with the audience the story of a condition that she suffered from in high school that caused her face to be distorted, causing other teenagers to bully her mercilessly.  Through this experience though, there was a teacher that helped her to realize that she could be anything she wished to be.  This teacher picked Lewis up when she was down and showed what interest in people struggling can do.  This inspired Miss Mississippi to start her mentoring programs for kids and students.  She had her condition fixed through surgery, but she wouldn’t have changed what she went through because it’s made her a stronger person.  Her main message to the young leaders was to be kind to everyone and to never give up no matter how rock bottom you think you are.

Congressman Steven Palazzo closed the summit with a speech and also an open floor to questions that anyone wanted to ask him or any of the other speakers throughout the day.

The day overall was a great success, and the St. Patrick representatives that attended learned helpful and life-changing leadership skills that they can use for St. Patrick, the community, and the world.