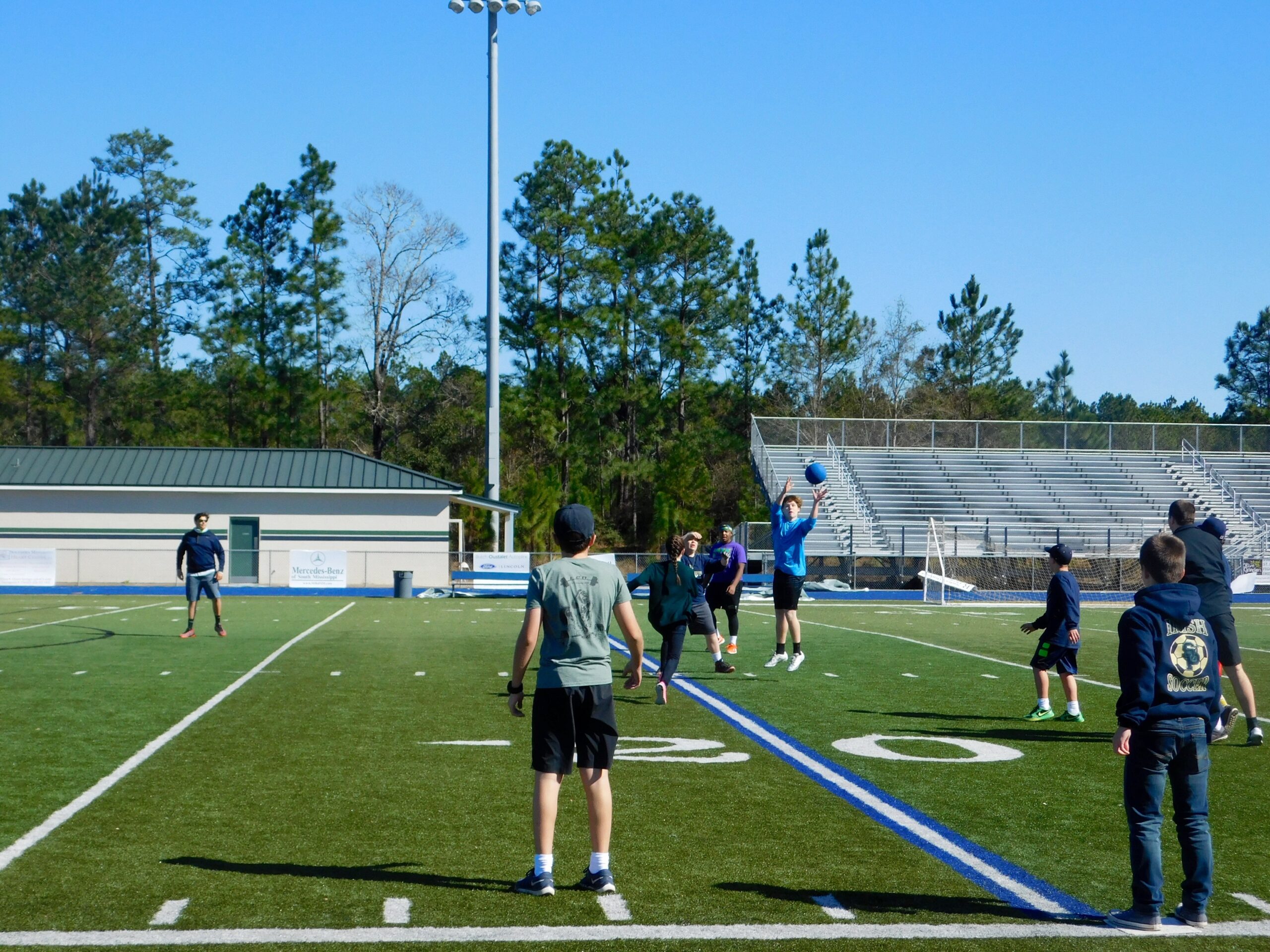 The Friday of Catholic Schools Week, St. Patrick held a kickball tournament to end the week and begin the Mardi Gras holiday. The students had all classes until the start of lunch at twelve thirty and the beginning of the epic kickball game at one. Through many hard fought matches, the ninth grade team 9B also known as the Money Team and the twelfth grade team of 12C announced as Quinn’s Team climbed the ranks and won in their respective grade groups.

Catholic Schools Week has been a great success with different activities each day. The first day religion classes talked about the importance of water, which is the theme for the week, Tuesday there was a living rosary, Wednesday the juniors went on their class retreat, and Thursday was Junior Ring Mass where the class rings were presented. Everyone was excited about the last activity of the week, which was a very competitive kickball game set for Friday between the different grades and teachers. The whole week the students had also been donating money to build a well for people who don’t have clean drinking water.

The festivities of the day began with a great lunch where the students picked what they wanted and ate to provide them with energy for the kickball tournament that would follow. The game began at one and this began the process of eliminating the different teams to narrow it down to the competitors in the championships. The way it would work is whichever team either was ahead after three innings or the team that got to five before the end of the third inning would win. There was a north and south side of the field with both sides being used for games, most of the junior high competitions on the north with the high school on the south side.

The first few games involved the different teams of the same grades competing against each other. There was also a game of seniors against the teachers, but the teachers lost early on and were immediately eliminated. The process went on for some time but the teams were finally narrowed down to two teams for the junior high championship and two teams for the high school championship. The two so far successful teams for junior high were 8A, Abby’s Boys, and 9B, the Money Team. They fought it out, but in the end the Money Team came out victorious. For the high school bracket teams 11B that included the junior boys, announced as Luke’s Team, and 12C a group of seniors, announced as Quinn’s Team, were in the finals. This was a competitive game, but Quinn’s Team procured the victory.

This was a great kickball game and a great way to end Catholic Schools Week!

< Click here to see more photos from this event.