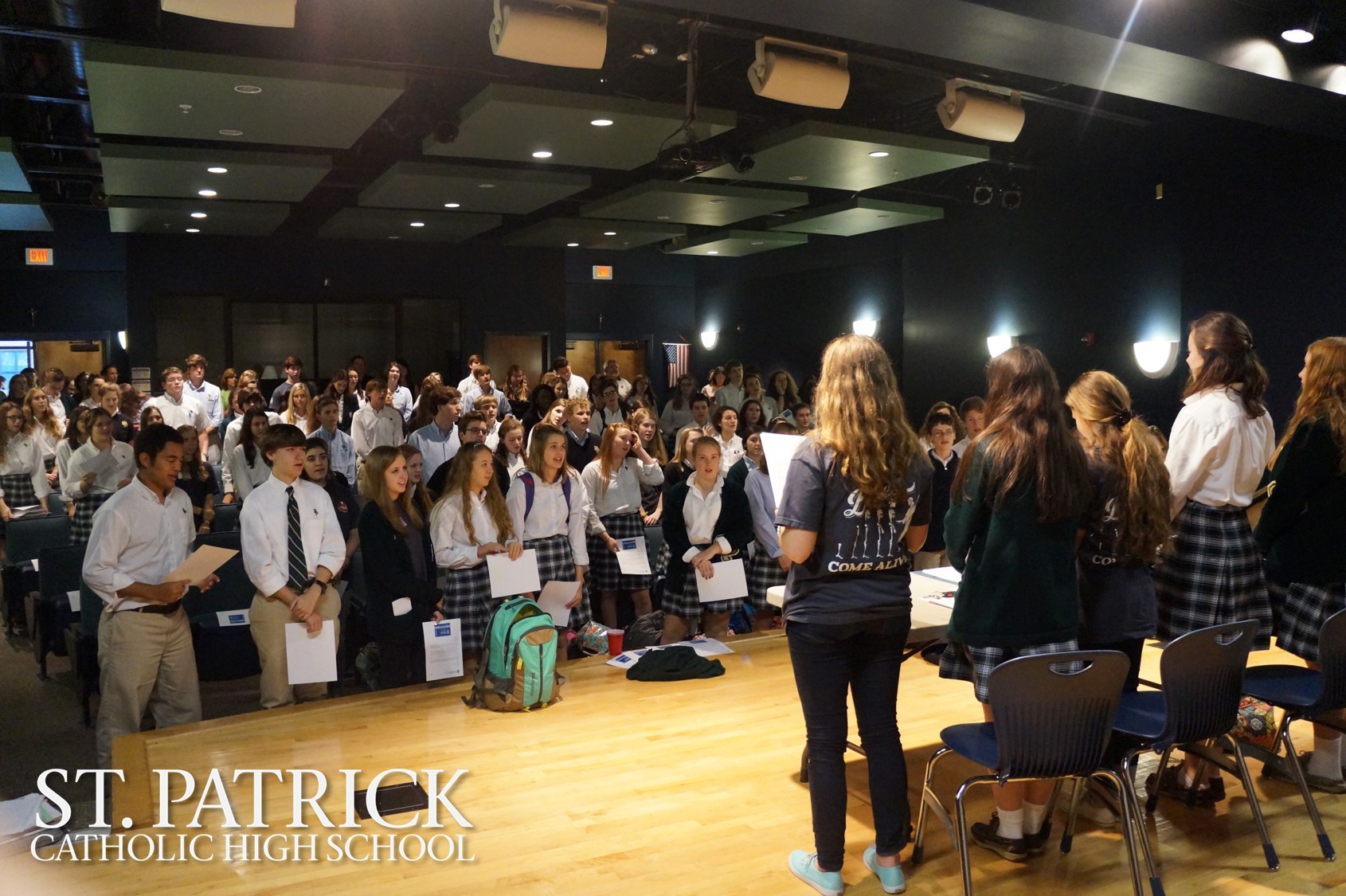 This year, St. Patrick Catholic High School was installed as a chapter of the National English Honor Society.  This makes the Seamus Heaney National English Honor Society the sixth honor society at St. Patrick Catholic High School. The St. Patrick chapter of the honor society is named at Seamus Heaney who, born in the 1930s, was an Irish poet, playwright, translator and lecturer.  Heaney was also the recipient of the 1995 Nobel Prize in Literature.

Like other honor societies, students of high academic standing in their English classes were invited to apply for the school’s English honor society chapter. After applications were reviewed, members were announced and guidelines were provided for students. Officer elections were held and then announced October 19. The officers will represent and run the new honor society to represent St. Patrick and its English department’s achievements. The honor society will give outstanding students in the field of English an opportunity to excel further and commends them on their previous excellence in the field of English.

Congratulations to all new Seamus Heaney National English Honor Society members, and good luck with all your English studies in the future!