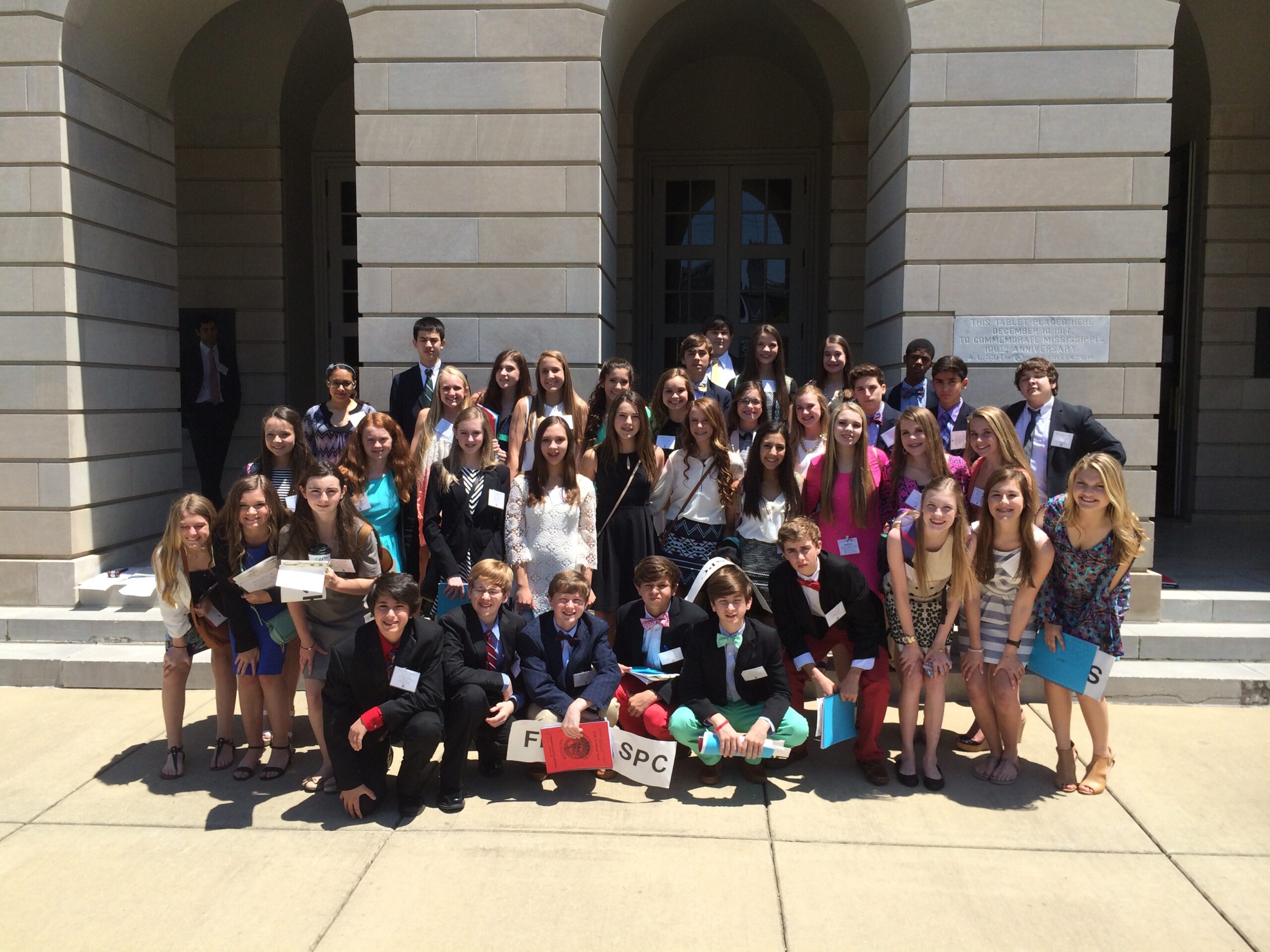 St. Patrick recently participated in the Junior Youth Assembly (JYA) conference in Jackson on April 30 to May 2, 2015. Mr. Berino and Mr. Prindiville were their faculty chaperones. Mrs. Azar and Mrs. Olsen were their parent chaperones.

In the months prior to the trip, students prepared and wrote their own bills. In Jackson, along with other schools from across the state of Mississippi, they acted as senators and house representatives. On Friday, May 1st, students were even able to debate and discuss their bills at the Old State Capitol Building, where many instrumental Mississippi laws and decisions were made in years past!

St. Patrick had the most number of Committee Chairs this year, who all did very well in expediting the legislative process at JYA: Lillie Guida, Hannah Gautier, Chloe Rizk, Max Grill, and Stephen Azar.

The following students also got their bills signed and passed by our Youth Governor: Alexis LaRosa, Amelie Million and Julia Hanson created a bill that required school buses to have three-point seatbelts; and Lillie Guida, Chloe Rizk and Hannah Gautier created a bill that would institute an education lottery in the state of Mississippi.

Special thanks to Desirée Goodfellow for stepping up as Secretary of the Senate at the last minute!

Congrats to everyone that made this trip a success! All of their hard work in the weeks prior truly paid off. Way to represent St. Patrick!