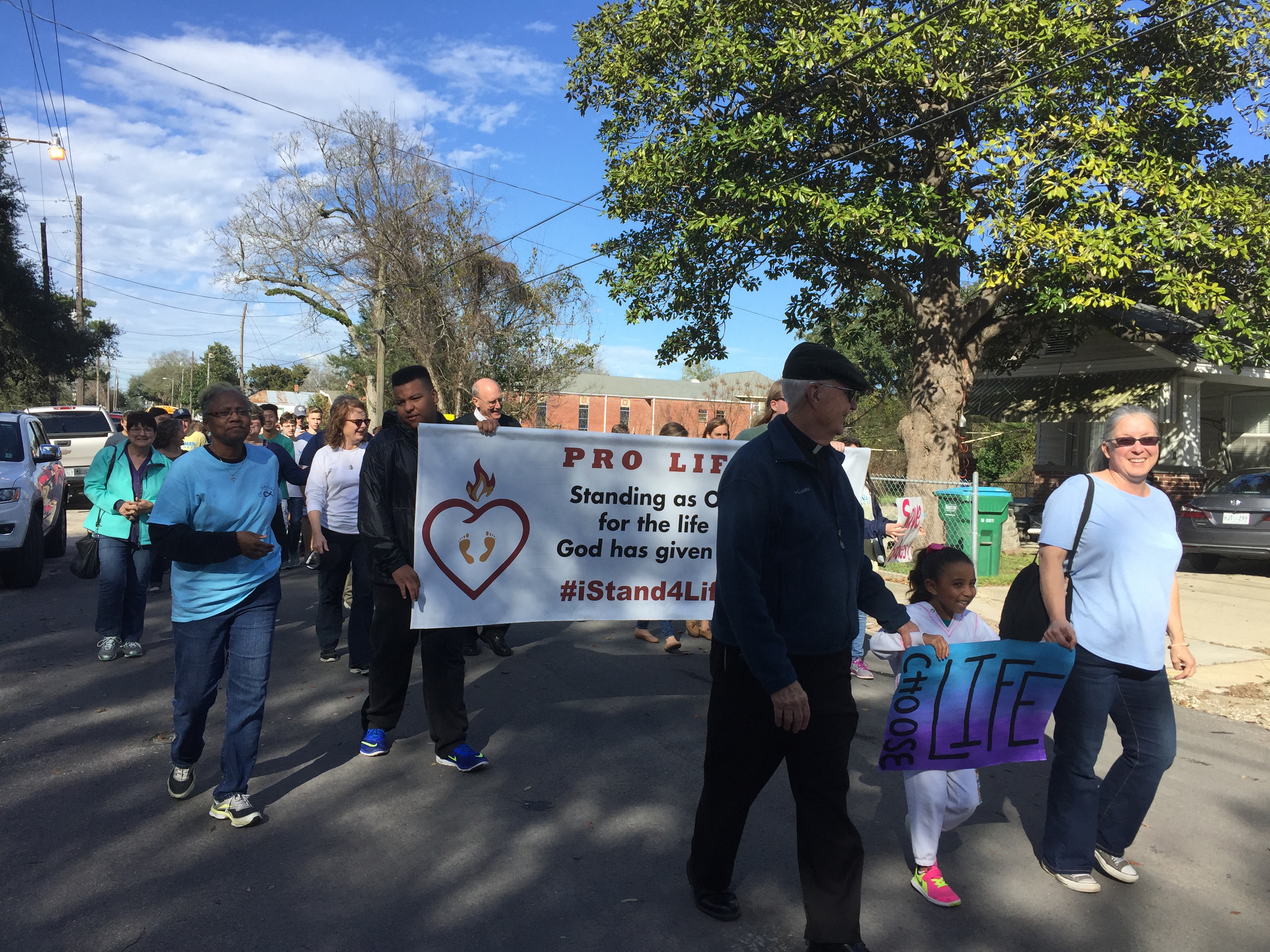 The Knights of Columbus were present at mass, along with several St. Patrick students. Mary Claire Rackley provided music, performing songs frequently heard at St. Patrick’s school masses, and Alfonso Staten read the readings. There were several parish CYO groups present at the mass as well, including St. James CYO and St. Mary’s CYO among others.

After mass, all those participating in the march gathered in front of the church where they were given posters and signs displaying pro-life slogans to carry as they walked. Beginning at Blessed Francis Xavier Seelos, the marchers marched through several neighborhoods and areas of downtown Biloxi, singing, chanting, and waving their signs on their way. Throughout the whole march, the group was accompanied by WLOX who filmed and interviewed participants.

At the end of the 1.7-mile walk, the group gathered at their destination, a pavilion near the Biloxi lighthouse. Once everyone had arrived, Father Benden spoke a few words of gratitude for the effort displayed by the participants and expressed his hope that the Pro-Life Rally would become an annual event. He then closed the Rally with a prayer for the continuation of pro-life efforts all around the country and for the upcoming March for Life.

Being on the anniversary of the historic Roe v. Wade case and just days away from the March for Life, this Rally was a great way for the youth and adults of the community to get involved in the events that will soon be taking place in Washington D.C. Those that will not be able to attend the March were able to experience it here, right in their home town, while those that will be travelling to D.C. this coming week were able to prepare for the amazing event.