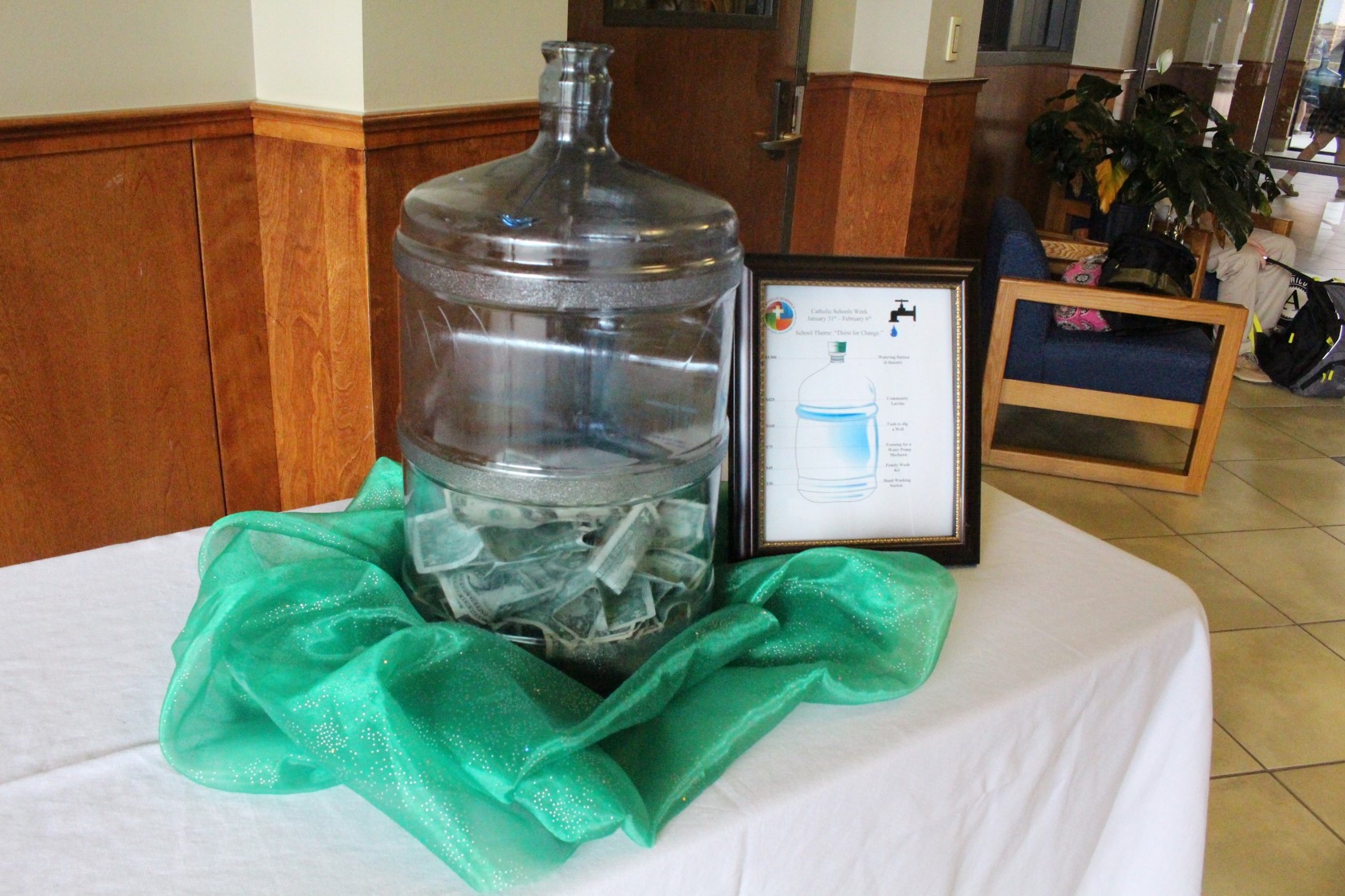 St. Patrick chose “Thirst for Change” as the theme encompassing the 2016 Catholic Schools Week activities. The theme was chosen for this week based on the details in the pope’s encyclical letter, which tells us to understand the changes in the environment and the harm that human kind is causing to the Earth.

Each morning during Catholic Schools Week 7th grade students from Mr. Creel’s religion class visited each of the classrooms to collect spare change or donations to build a well. On the first day of the collection St. Patrick students raised over $100. Through generous donations by students, parents, and friends of the school the amount grew to almost $600 in just three days.  By sending the money raised through Catholic Relief Services we can be sure that all of the money made during the week will go towards building a well and helping the less privileged instead of towards a corporation.

Children and their families are able to wash their hands to prevent diseases such as cholera and typhoid when $30 is donated. With a simple donation of $45 families are able to receive a wash kit with toils such as soap, toothbrushes, toothpaste, towels, and a pail. When the amount reaches $75 training is provided to a village to become a water pump mechanic so that the skills will be provided to keep clean water flowing. At $160 a community latrine is available to be build. Latrines improve sanitation and significantly reduce the risk of disease. Local residents will have access to a watering station once the donation reaches $1300. This watering station includes 6 faucets with clean water in a short distance to the village to ease the burden of walking miles to fetch dirty water.