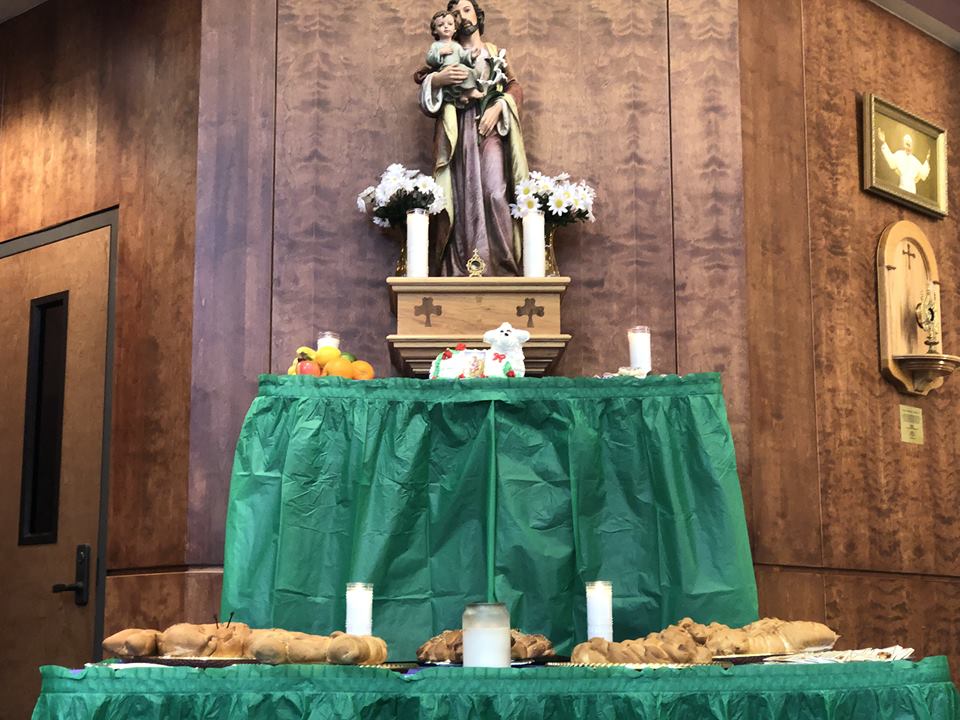 On the week of March 18, the St. Patrick Catholic High School Theology Department set up a St. Joseph’s Altar in the Chapel. St. Joseph’s Feast Day is celebrated on March 19. St. Joseph is recognized as the husband of the Blessed Virgin Mary and the legal  father of Jesus Christ.

The St. Joseph’s Altar originated in Sicily. There was a drought in Sicily that had been destroying the crops. The people of Sicily had prayed to St. Joseph, their patron saint, to end the drought and famine. The skies opened and rain came down on the crops. To pay honor to St. Joseph for saving them from death, they set up an altar with food. They later distributed the food to the less fortunate. The people of Sicily still celebrate this tradition to this day. Today, the altar has bread in many shapes, such as animals and crosses.There is sometimes a cake in the shape of a lamb that represents the Lamb of God.

Photos of the St. Joseph’s Altar can be viewed below.