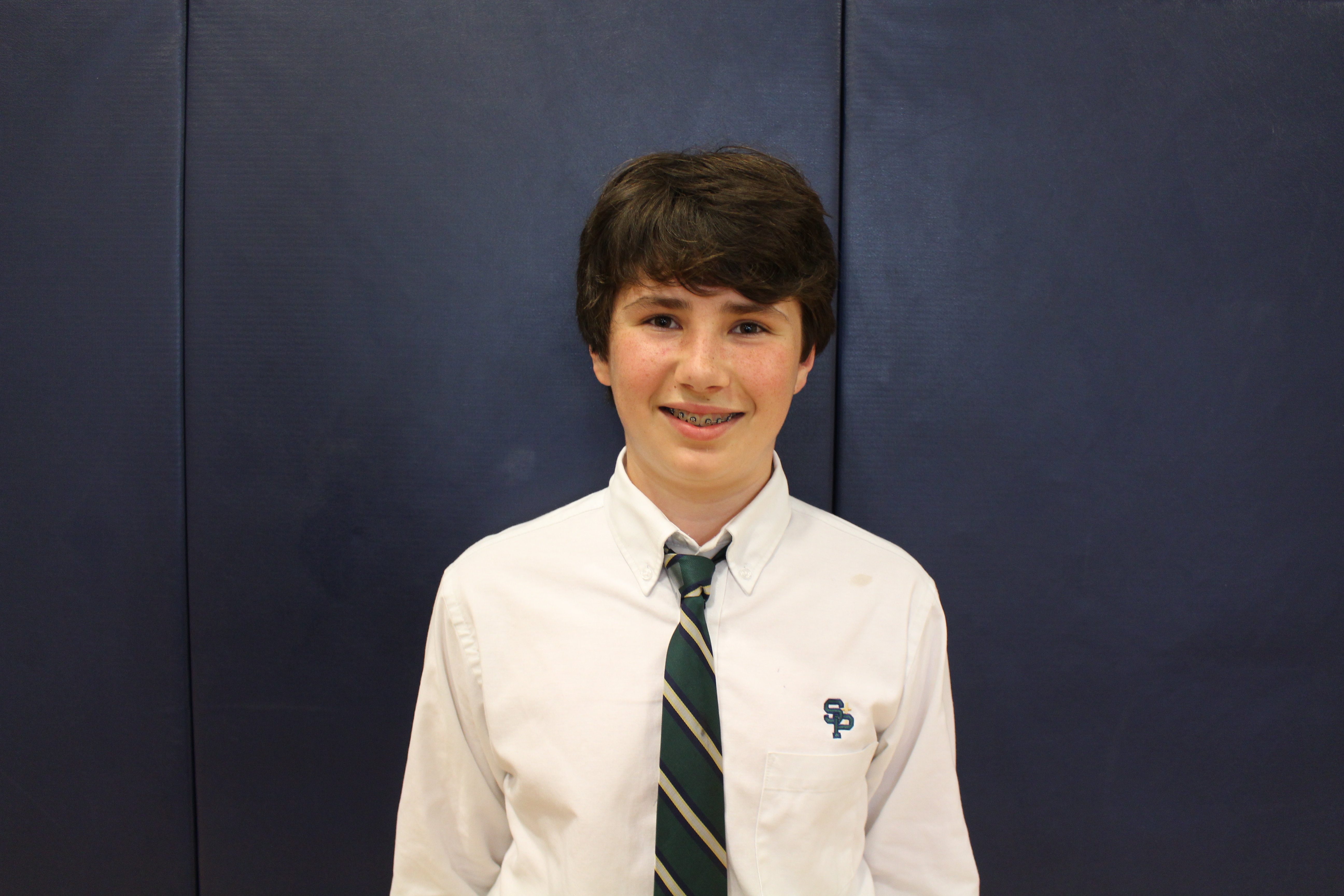 Sutton’s reading fair project was assigned by his English teacher, Mrs. Williams. His project won first place in the Diocesan Reading Fair on December 3, 2015. The Diocesan Reading Fair was held at St. Patrick Catholic High School for all of the schools within the Catholic Diocese of Biloxi. From the Diocesan Reading Fair, Sutton advanced onto the Regional Reading Fair held March 10, 2016.  At the Regional Reading Fair, Sutton won second place for his project about The Dead and Those about to Die by John C. McManus.  McManus’ nonfiction book is an “account of the First Infantry Divison’s harrowing D-Day assault on the eastern sector of Omaha Beach.”  Throughout the book, McManus explores the Gap Assault Team engineers who dealt with the extensive mines and obstacles, suffering nearly a fifty percent casualty rate; highlights officers such as Brigadier General Willard Wyman and Colonel George Taylor, who led the way to victory; and punctures scores of myths surrounding this long-misunderstood battle.

Thirty-two school districts in south Mississippi were represented at the Regional Reading Fair.  The students of the Catholic Diocese of Biloxi competed in thirteen categories and placed first in six, second in two, and third in two of the categories in which they competed.