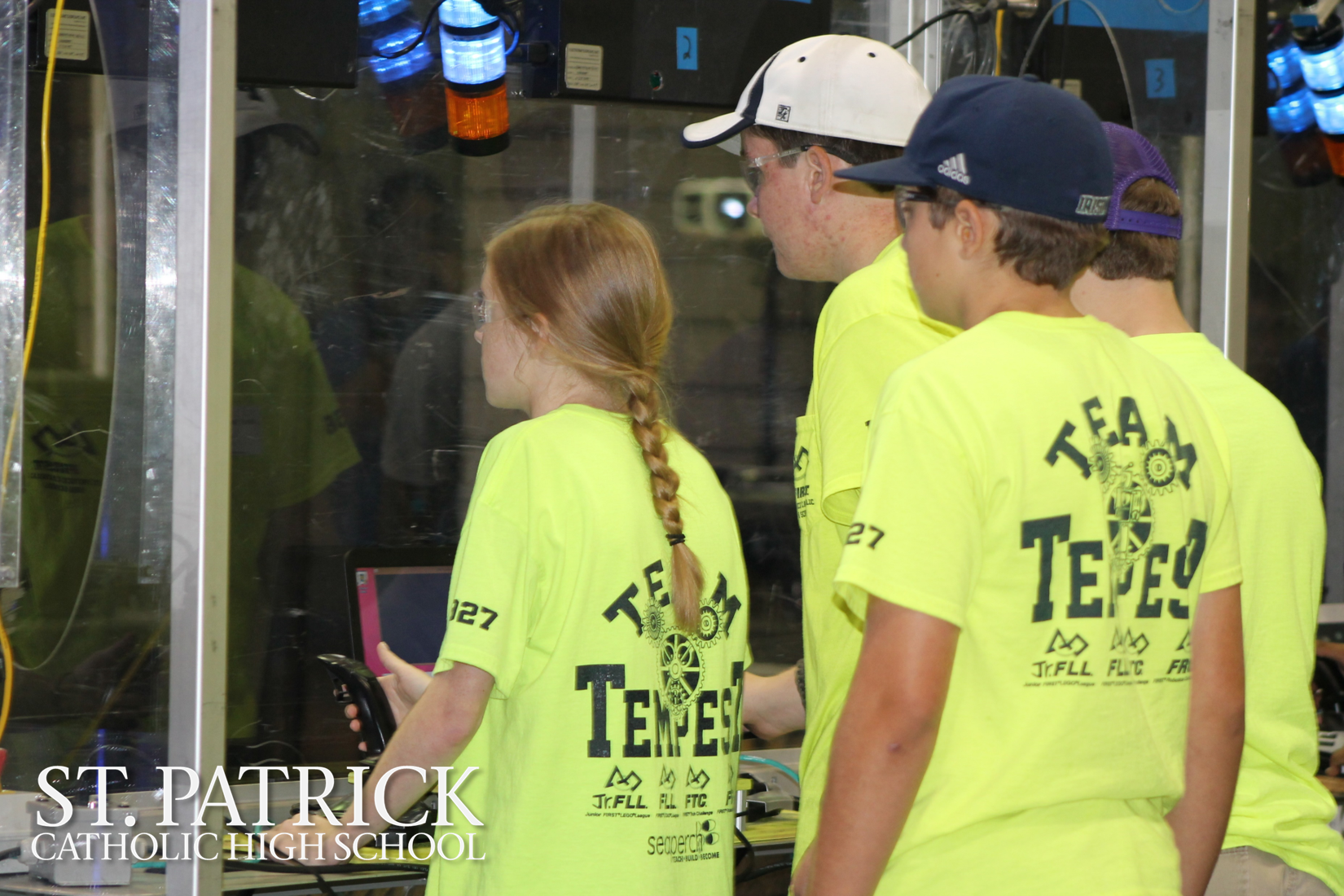 Team Tempest competed against twenty-four teams from several southern states including Texas, Louisiana, and Mississippi. The team competed in rounds of intense competition, and they placed fifth in the qualifying rounds. They advanced to the quarterfinals and were fifth to select the first member of their alliance. In the quarterfinals, Team Tempest and their alliance fought diligently in their matches. Yet, they came up slightly short. Although they did not come out with the win this tournament, they performed extremely well in their “kick-off” matches and are looking toward to the rest of their season. Senior robotics member, Madison Gee explained, “I am excited for everything to come this year in robotics because I think our team has a lot of potential and will succeed.”

The robotics team not only went to Baton Rouge to compete, but also to aid in the victims who were affected by the recent flood. The team, alongside various St. Patrick’s students and clubs, donated an abundance of school supplies, backpacks, and personal hygiene items which were delivered to the families of Red Stick Rumble’s host school, Woodlawn High School.

Team Tempest also brought their “pillowcase project” which was presented to the school and the attendees of the tournament. The project was designed by the team and their coaches to teach young students about emergency evacuation while providing them the supplies they need to do so. Each bag contained items such as a flashlight, water bottles, and travel size personal items. Alongside the necessities, each child receives a “Gus” in their pillowcase. Gus the bear is utilized by the team to tell their evacuation story. First year robotics member, Mackenzie Rodrigue, described her joy in aiding the students of Woodlawn and their families. “We have all been effected by disasters such as Hurricane Katrina so we know how it feels to lose everything. Therefore, it felt even more rewarding to have the ability to give back and lend our support to them.” The team was recognized for their generous donations, and they were able to spread the idea of their project and encourage others to do similar work.

Team Tempest represented St. Patrick extremely well this weekend. They competed to the best of their ability, while also sharing their Catholic ministry and charity with their competitors in need.