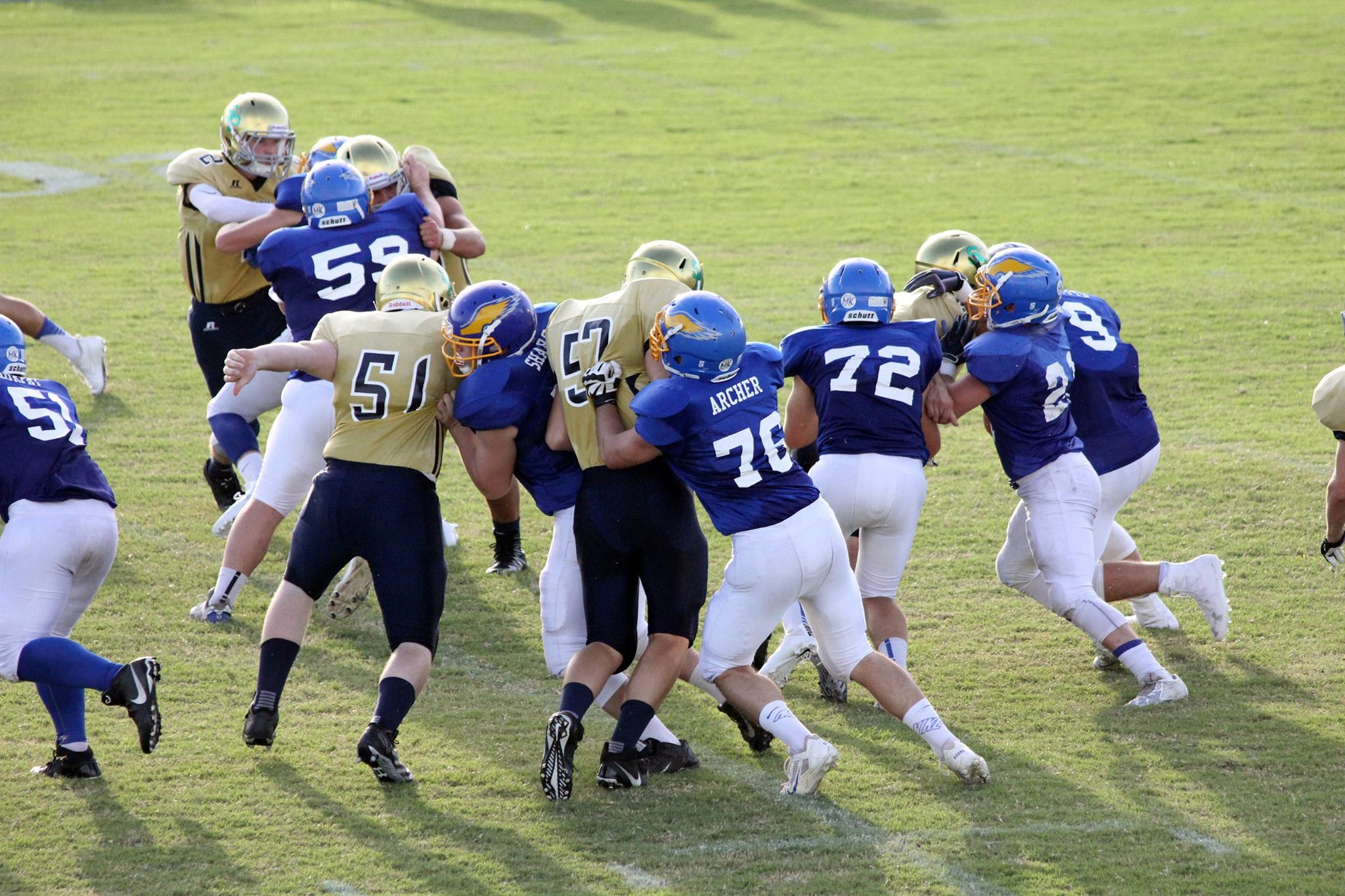 The St. Patrick Fighting Irish football team played their first game of the season Saturday, August 20, against the Eagles of Resurrection High School in Pascagoula.  The Fighting Irish fought hard and did not give up.  Even though they did not win, they will continue to play hard as a team towards a victorious season!

The Fighting Irish headed out of St. Patrick for the first game of the season along with friends, family, and students who went to cheer them on.  The first game of the season was an away game with kickoff at 6:00 p.m.  Madison Gilliam, a senior who attended the game, stated “I love seeing the passion that St. Patrick’s students always put into everything.  The football team always seems so eager just to get out there.  The band and color guard, as always, were fantastic.  They really are stellar and you can tell how hard they work.  Go Irish!”

During the first half of the game, the Fighting Irish played hard but at half time the score was 42-0 with the Eagles in the lead.  Probably one of the best plays of the night was when Ryan Hymel made a hard and heavy tackle on Porter, number 10, of the Eagles.  At half time, the Pride of St. Patrick Band performed an amazing performance of “Heartbreak” and the “Fighting Irish Fight Song.”  Also, the Irish Emeralds Dance Team gave the audience an outstanding dance performance.  During the second half of the game, the Fighting Irish continued to power through the pain and the heat but the Eagles finished the game with a score of 49-0.

Kathy Springer, a parent at St. Patrick stated, “The Irish may not have ended up on top tonight but I couldn’t be more proud of the integrity and sportsmanship of our football team, band, cheer and Emeralds.  All are on top in my book.”

We invite everyone to come out and cheer on the Fighting Irish at home next Friday when they play Columbia Academy.  Kickoff is at 7:00 p.m.