The Irish Volleyball Team Finds Hope in a Tough Game 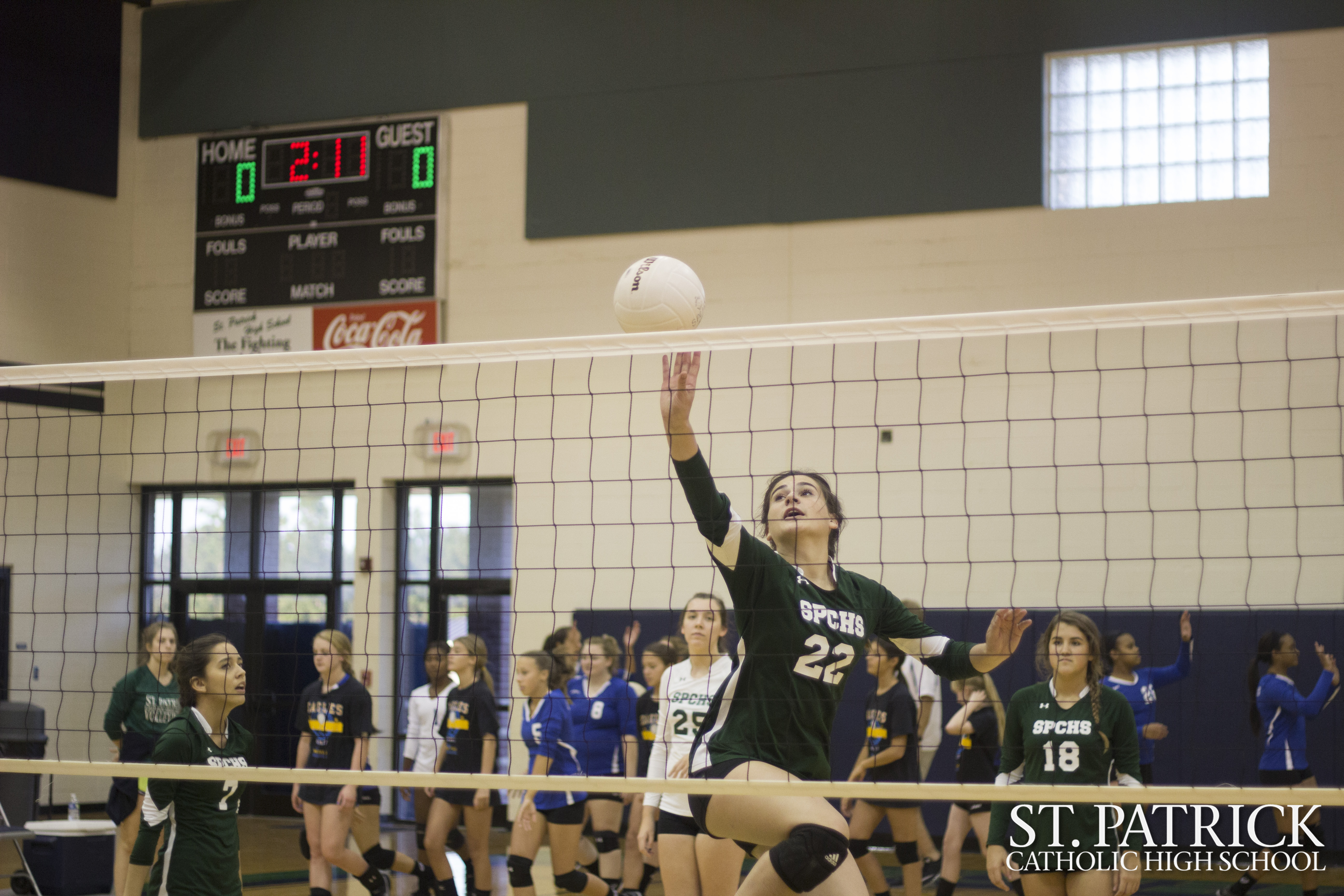 The Irish Volleyball Team Finds Hope in a Tough Game

The Lady Irish played Resurrection High School at home on Tuesday, September 12th. Both the junior varsity and varsity teams fought hard in their games. However, both teams were unable to defeat the Lady Eagles in these tough matches. Despite the loss, the teams, especially the junior varsity team, learned that sometimes encouragement can lead to a whole new level of playing. As the junior varsity girls were losing at an increasing margin to Resurrection, something happened that reversed the momentum of the game: junior varsity captain Lizzie Simmons scored an ace against the Lady Eagles. With this being her first ace, the team, as well as the crowd, went wild and cheered as if they had won the entire season. This event acted as a catalyst and allowed the Lady Irish to pull closer in score to the Lady Eagles as Simmons scored two more consecutive aces. The expressions of the team completely changed and the game went from silent to loud and hopeful at just the serve of a ball. Adesyn Hall summed up the games perfectly in this statement: “We got down a couple of times but we pulled ourselves out. We may not have won but we worked hard and left it all on the court.” The team’s next home game will be Thursday, September 21st, against Our Lady Academy. The junior varsity game begins at 5:30, and the varsity usually begins at 7, depending on the length of the junior varsity game. Make sure to come out and support your Lady Irish volleyball team at this event!