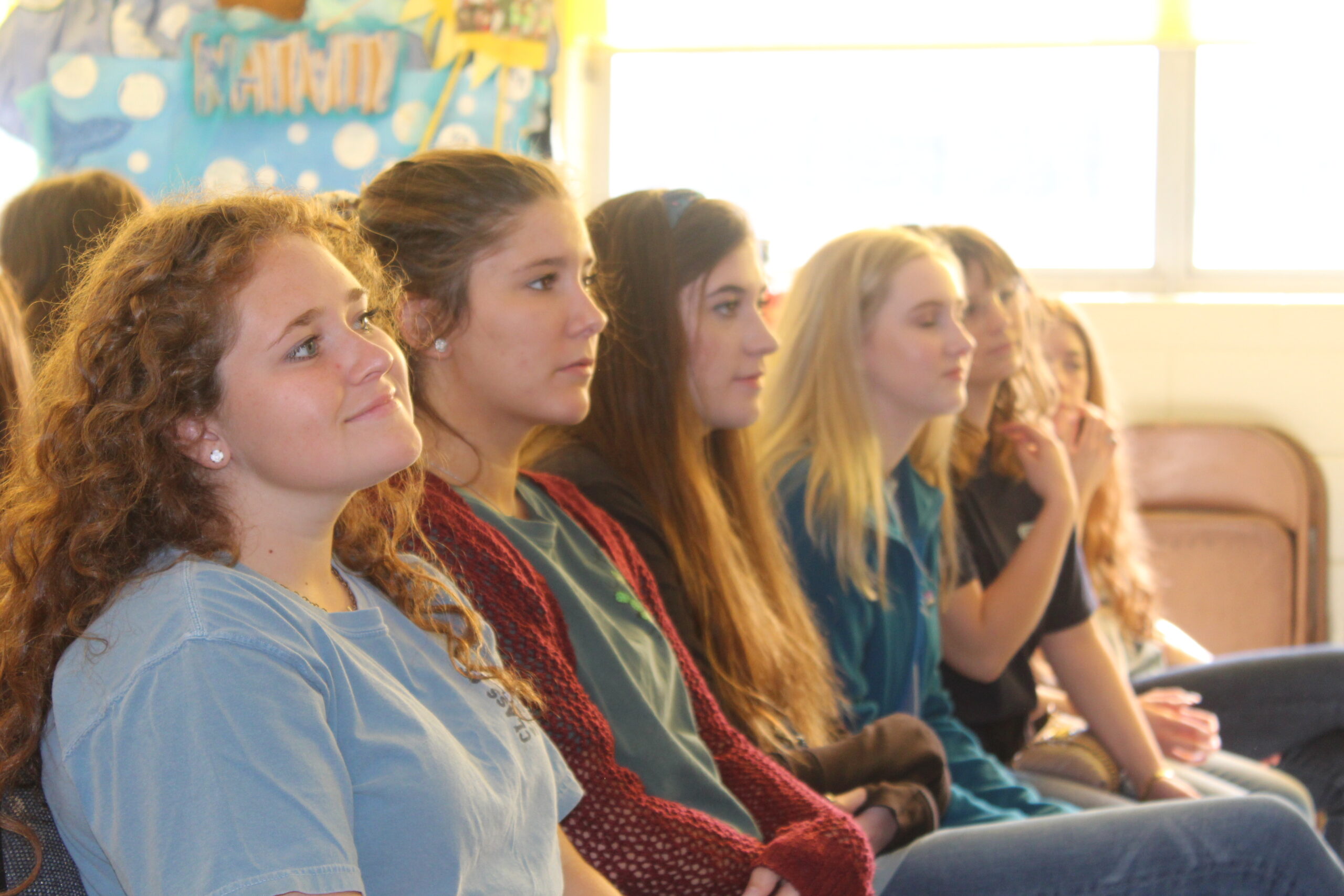 This Thursday, April 19th, the junior class attended their annual class retreat. The retreat was hosted by the NET Team, which is a ministry team that hosts retreats for people. The theme they chose was “fully alive” in which the students were called to revive their relationship with God and others.

When the students arrived, they were greeted by the members of the NET team and got to know them. Throughout the day, the juniors took part in many activities, small group discussions, and skits. This retreat gave students a chance to grow more in their faith and closer as a class. During the afternoon session, juniors were brought to the Nativity cathedral. They entered into a time of prayer, reflection, and adoration. Confession was also available to students. Amelie Million said, “The retreat was a lot of fun. I especially liked the skits that the NET Team put on for us because they presented Jesus’ love for us in a whole new way.” Overall, the junior retreat was a huge success and helped the juniors grow in the faith tremendously.