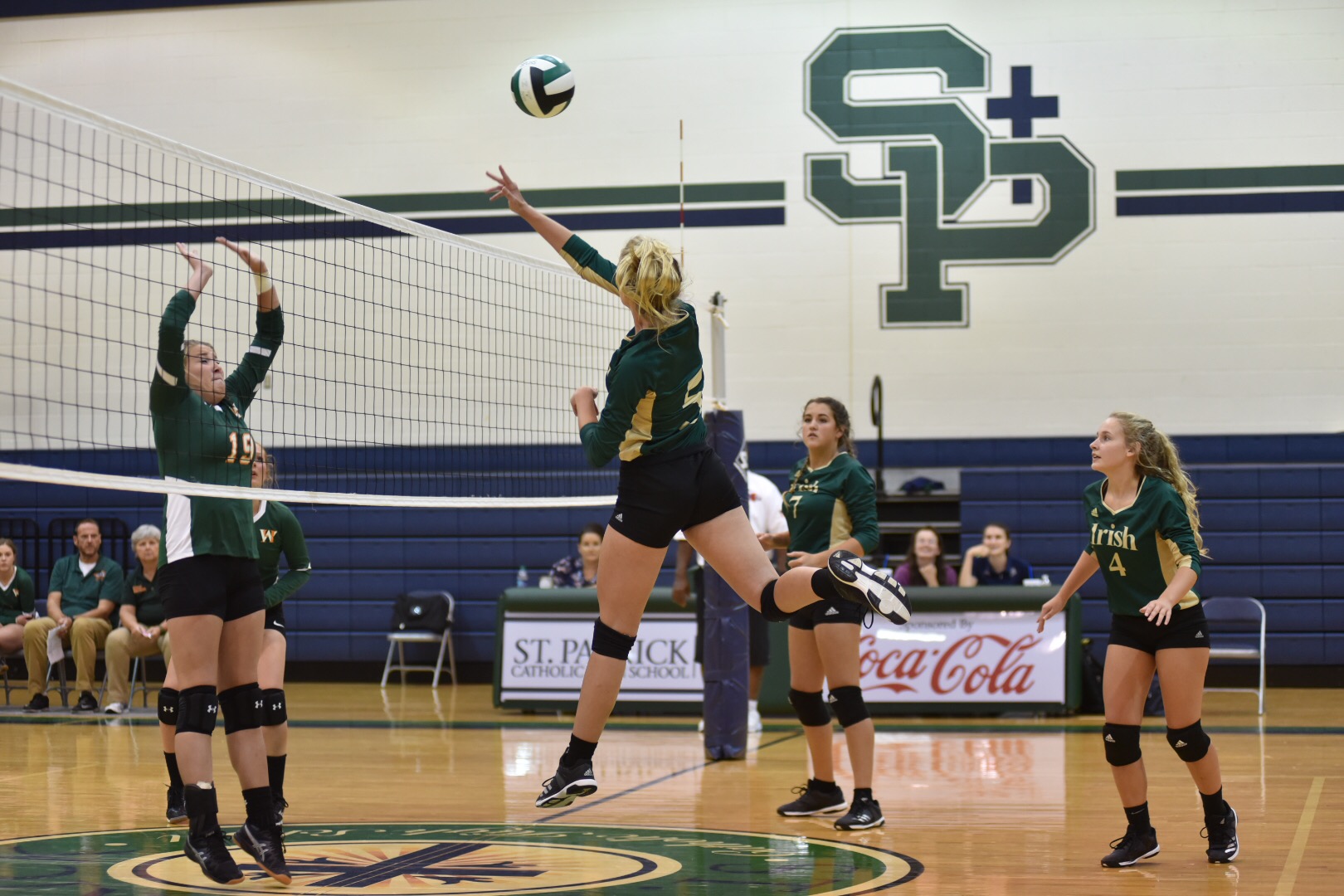 The Lady Irish went against West Harrison Tuesday Night. The team gave it their all but fell just short of a victory. Unfortunately, the varsity team lost 25-21, 25-27, 14-25, and 18-25.  The varsity team played a rough four-match game against the Lady Hurricanes.

Although the outcome wasn’t what we wanted, I’m so proud of how everyone played tonight! We worked hard and I’m so excited to see what this season has in stake for us. – Sydney Biggs

The Lady Irish plan to continuously work harder to improve their game. The team pumped up the crowd with their cheers and chants after each new point. The bleachers were full of support which — the whole team agreed — makes for a better played, much more fun game. The next volleyball game is Thursday, August 16, where both the JV and varsity teams will take on the D’Iberville Warriors at home at 5:30 and 6:30. Please come out and support the Lady Irish!

Photos from the game can be found here.