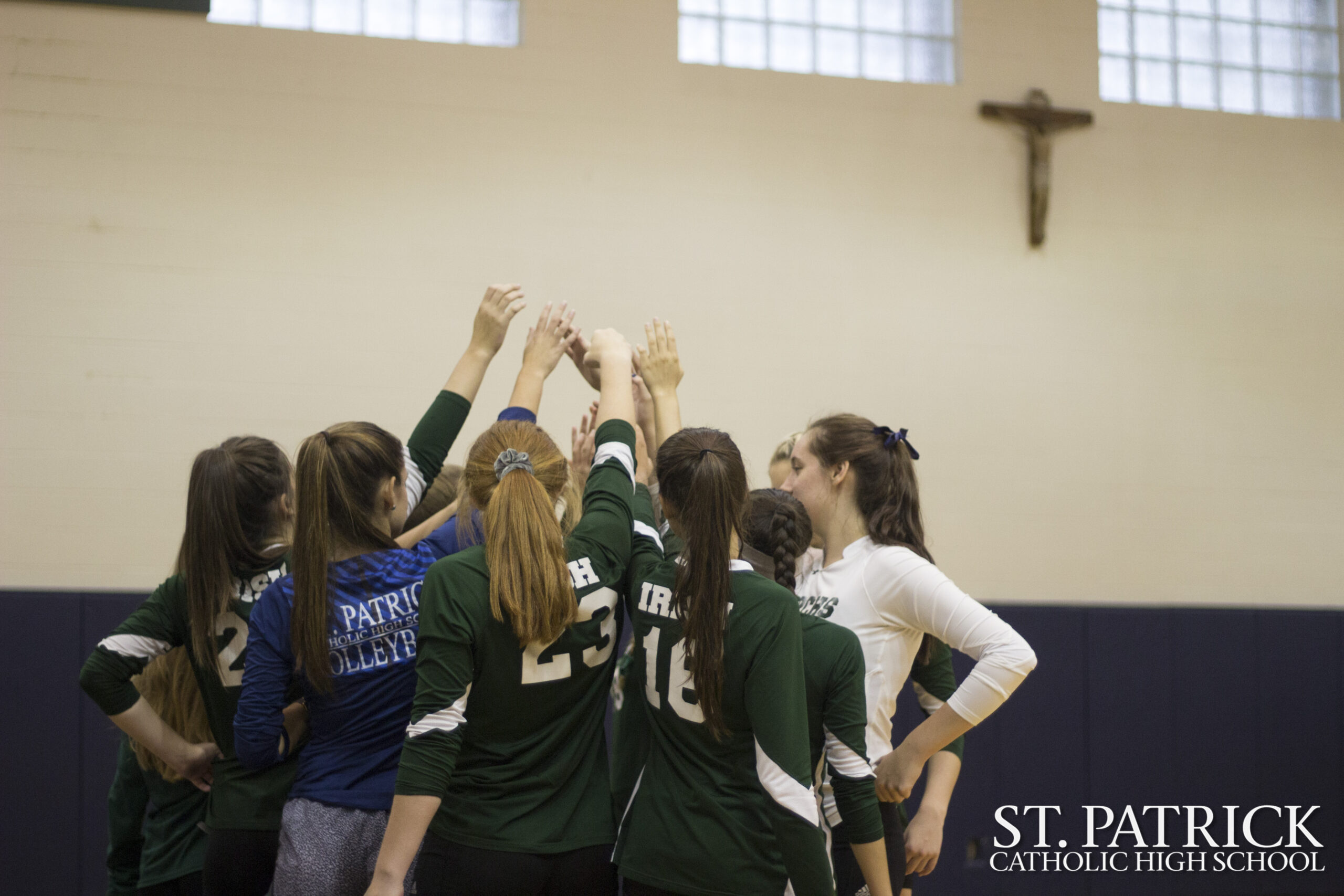 On Thursday, September 7th, the Lady Irish varsity volleyball team secured yet another victory for the 2017-2018 season. In their spirit-filled game against Sacred Heart, the Lady Irish varsity team managed to win all three matches as well as accumulate some impressive stats. Some of these stats included 12 aces and 9 kills from Mary Tubb, 11 aces and 1 kill from Raven Gonsoulin, 3 aces and 5 kills from Sydney Biggs, 5 aces and 3 kills from Makenzie Stenum, 12 aces from Carly Loftis, 3 kills from Hallie Ladner, and 1 kill from Leila Ransonet. In order to get the team as well as the crowd more fired up for the games, the varsity team also added some uniform cheers after scoring points during the game, as well as, a run-out ceremony prior to their warm-up. Shannon Kirkpatrick, a member of the varsity team, states that it is important for the team to have cheers because, “they help create energy and cheer the team up whether doing good or bad.” While ensuring that their fellow teammates and their supporters in the bleachers remain enthusiastic throughout the games, the Lady Irish also plans on continuing to work intensely in order to secure more victories, especially in their district games. The next volleyball game at home is Tuesday, September 12, and the team will play Resurrection High School. The junior varsity game begins at 5:30 p.m. and the varsity follows. Please make sure to come out and support your Lady Irish volleyball teams. The larger the crowd, the more spirited and exciting the game tends to be!