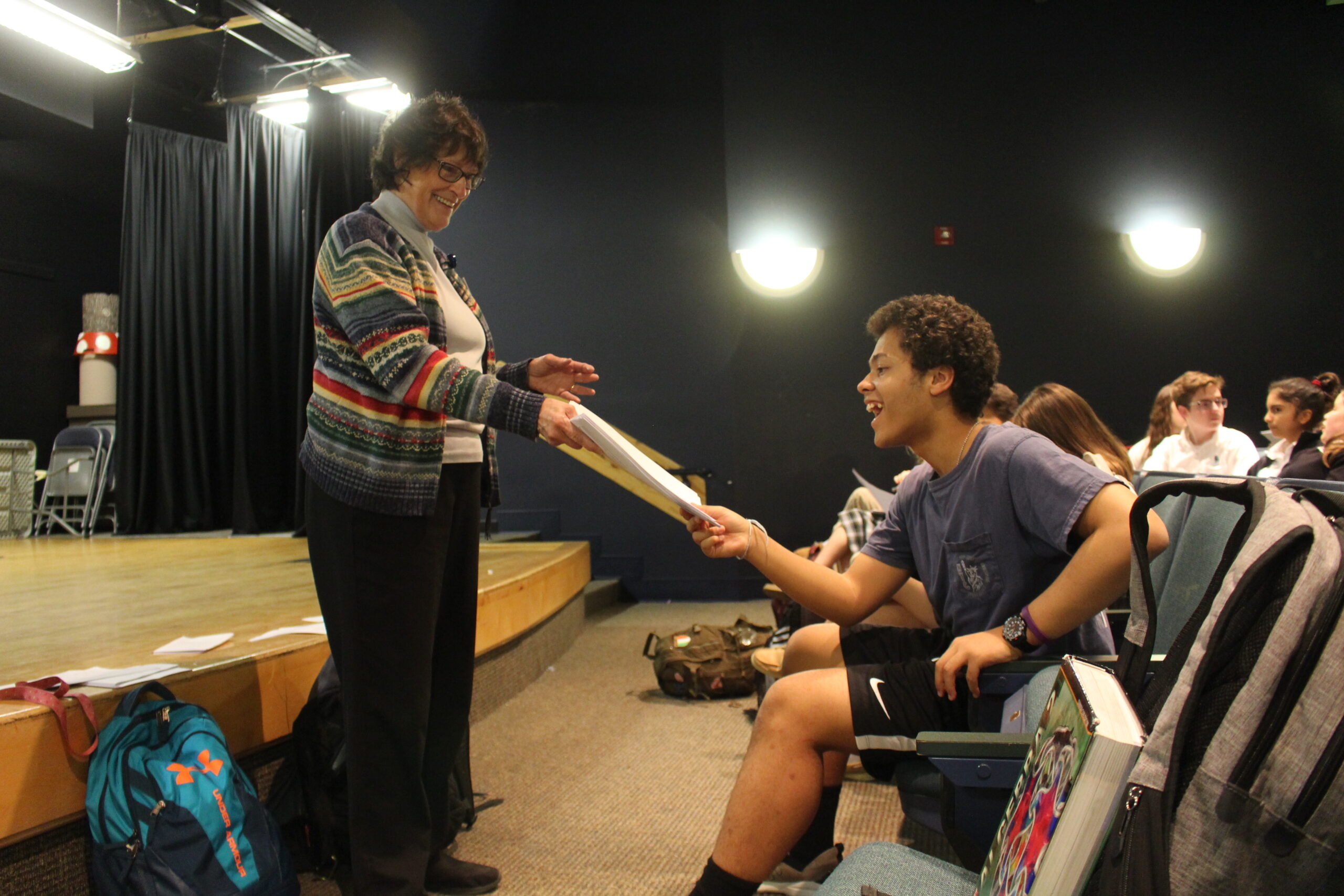 The St. Patrick Drama Guild kicked off the spring musical production preparation with a parent meeting on January 23. Parents and participants gathered in the school’s auditorium to discuss schedules, prices, and roles.

The night began with a prayer from the club’s officers and a brief overview of the musical. Students were excited to reveal a big name production, Sister Act, as the the show of choice. The practice and set building schedules were discussed by club sponsor and show director, Mrs. Trahan. There was also a sheet passed around with guidelines for participation. Parents were able to discuss what would be expected of their student while acting upon the St. Patrick stage.

St. Patrick freshman Scarlet Nation is very excited about the idea of having two show weekends. She stated, “I’ve never been in a school production that has had two weekends, especially with a leading role. I’m so excited to start practicing with all of my fellow actors. I know that this year’s musical will be amazing with all of us working hard to perfect every scene. I enjoy the fall production every year, but there is something about performing in a musical that makes me so incredibly happy.”

Students and parents alike asked many questions pertaining to schedule changes or any other concerns during production weeks. Official schedules have been sent by Mrs. Trahan and will be placed on the school’s calendar. So, be sure to stay tuned for further updates, and keep your calendar open for the opening night of St. Patrick Catholic High School’s presentation of Sister Act!