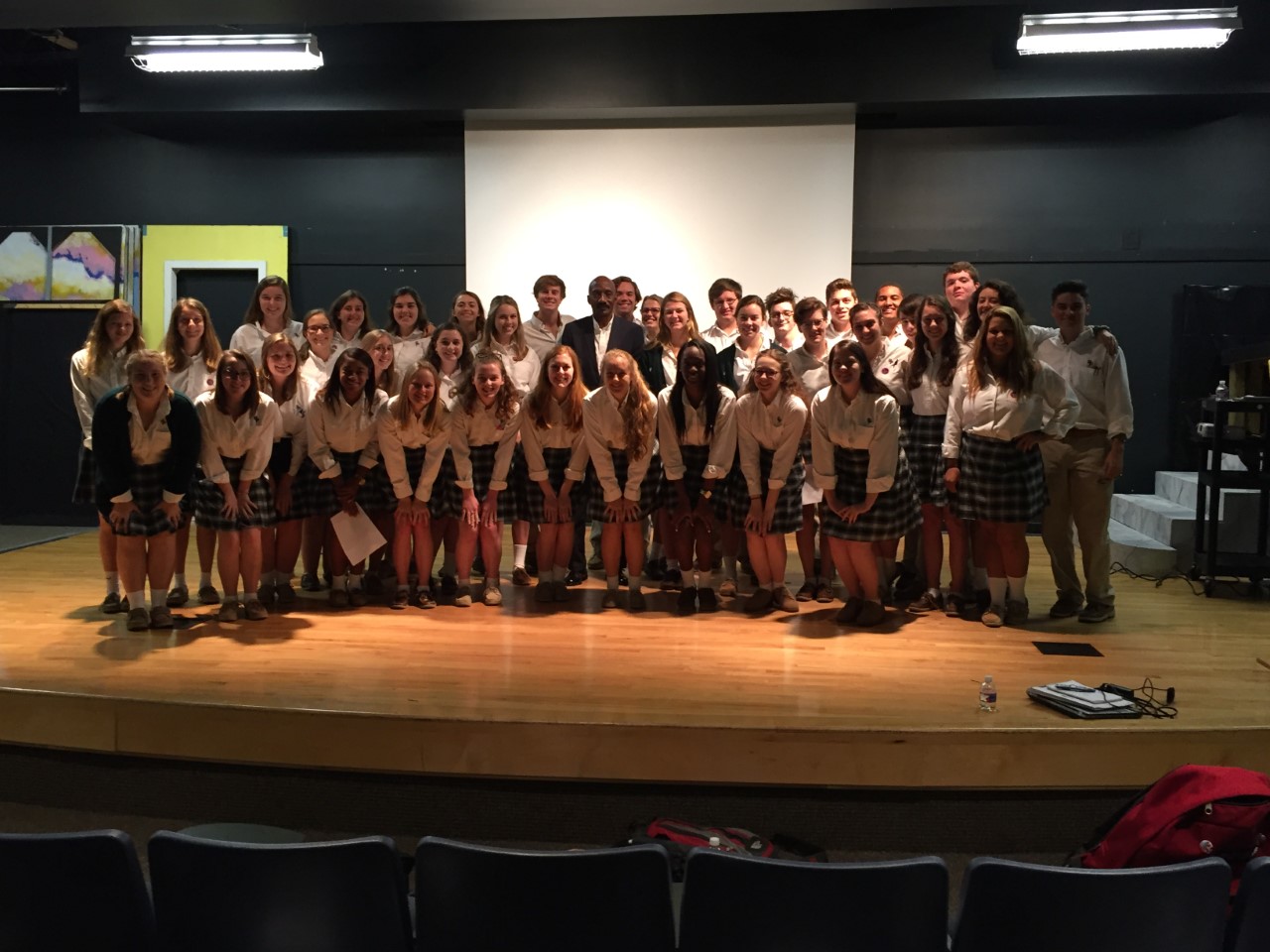 Edward McCormack, Professor and Associate Dean of Gulf Coast Libraries at the University of Southern Mississippi, recently spoke to Mrs. Sutherlin’s AP English Literature classes about Russian history and especially its effect on Dostoevsky and his writing. The AP classes are beginning to  read Crime and Punishment and were given the background of Fyodor Dostoevsky’s life with a short lecture and video.

The students were given a lecture packet full of information regarding nineteenth-century Russia. To understand Crime and Punishment, one must first understand Dostoevsky. There are several parallels between Dostoevsky’s life and the plots of his novels; his works are a reflection of his hardships like poverty, mental ailment and sickliness. The video shown was a volume of Great Russian Writers. In the video, it described Dostoevsky’s course of life.

He grew up in a strict Russian household where the only leisure permitted was reading books. Dostoevsky was sent to boarding school at the age of 12, and his mother died of consumption during this time. He then was sent to military boarding school, and his father died upon graduating.  Dostoevsky became a general later in his life. All the while, he secretly dreamt of a career in literature. He often wrote and was discovered by a renowned critique. His career took off and he became involved in socialist groups. The government was highly against this and jailed him, almost executed him, but sent him and his wife to Siberia instead. After moving back to St. Petersburg, his wife died and later his brother. He took on his brother’s debt and faced serious poverty. At this low point, Crime and Punishment evolved.

Thanks to Professor McCormack, the AP Literature students are now prepared to read Dostoevsky’s great novel.