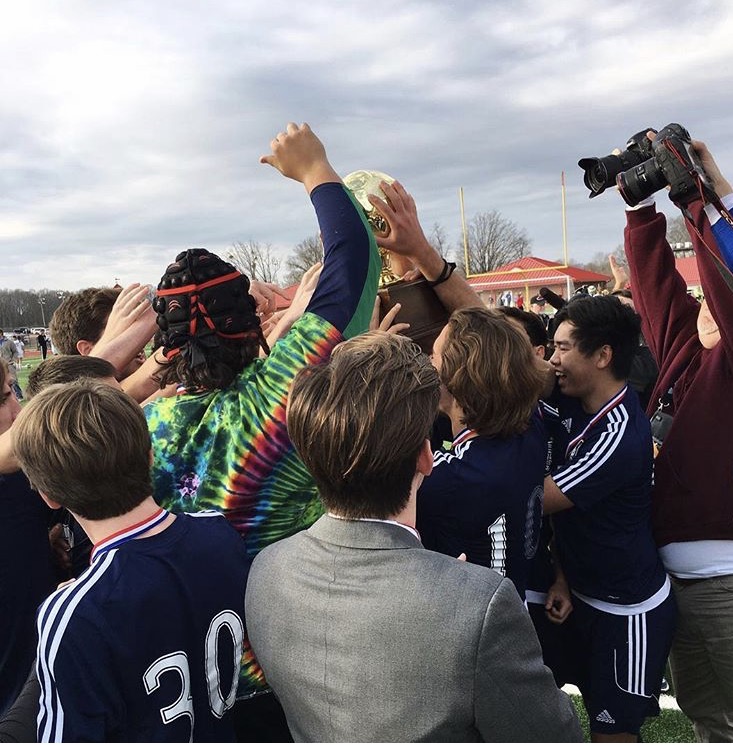 St. Patrick Catholic High School varsity boys’ soccer team played in the MHSAA State Championship game Saturday, February 4, 2017. The boys took home a victory at the state championship with a stellar score off 4-0 against Forest High School. The State Championship game was held in Clinton Mississippi at Clinton High School at 2:00 p.m. The first goal to be scored was by junior forward, number 6, Tyler Musial, towards the end of the first half. Musial’s goal raised the score 1-0 going into half-time. Coming back to the second half of the game strong senior forward, number 10, Eiland Stebly, scored a second goal for the Irish by an assist form Musial, making the score 2-0 in the beginning of the second half. Shortly after the second goal, goal-keeper, Ryan Hymel, was given a yellow card giving Forest a penalty kick inside the goalie’s box. Sophomore, Zachery Seymour, was put in as a replacement for Ryan Hymel to block the penalty kick. Our St. Patrick fans roared as the sophomore block the penalty kick taken by Forest.  Later in the second half sophomore mid-fielder, Ricardo Quintana, scored a third goal for the fighting Irish securing their leading position in the game. Dominating the field Tyler Musial put another goal in the back of the net closing the game to a final score of 4-0. The boys’ were presented with their state championship metals by coach, Mario Camps. Camps, was presented with their MHSAA State Championship banner and trophy, which he so victoriously presented to the varsity boys. This final win completed the varsity boys undefeated 2017 season.